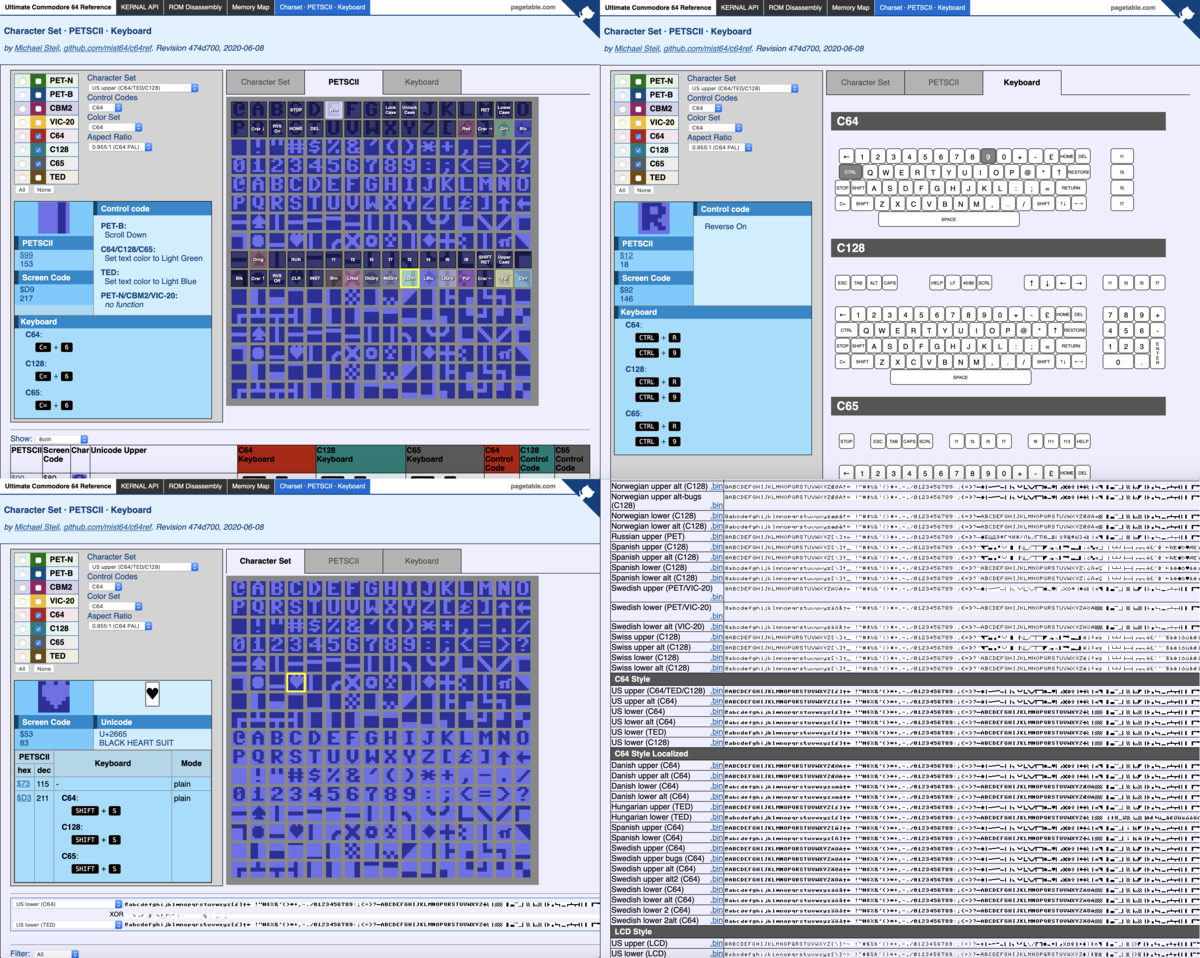 There are three different (related) modes: Character Sets, PETSCII and Keyboard. The controls on the left switch some global settings: 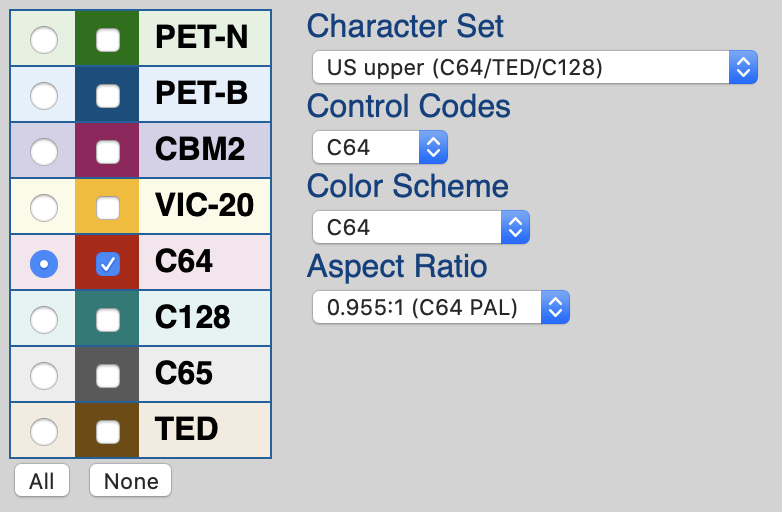 The Character Sets tab shows all 128 characters of the currently selected charset as well as its inverted form, sorted by screen code. You can click on a character to view its screen code, PETSCII and Unicode values, as well as the keyboard combinations that produce this key on the different machines. 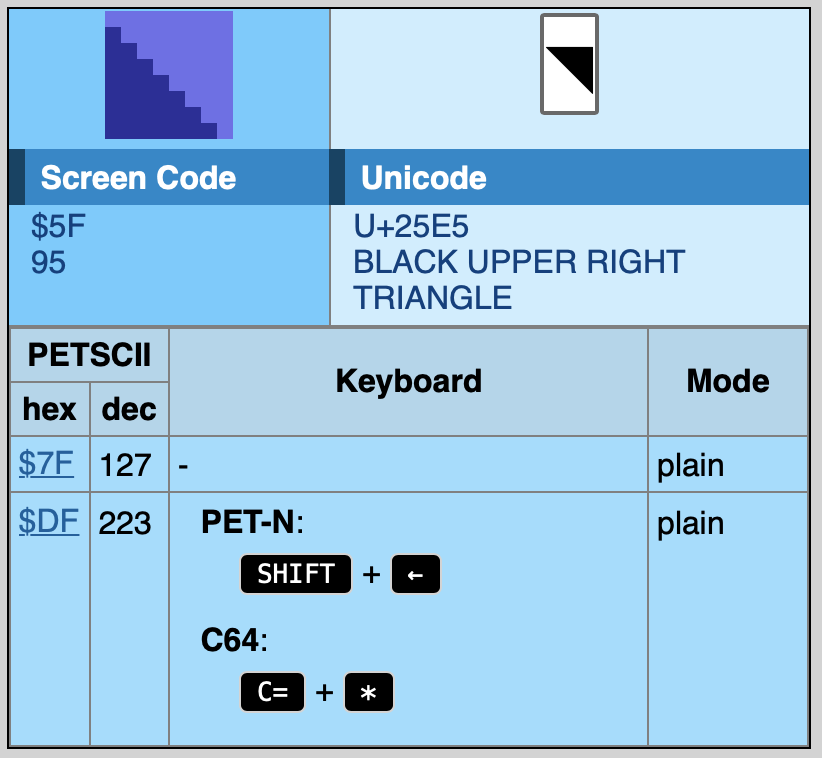 Below, there is a table showing all character sets at the same time. It can be filtered to only show upper case or lower case charsets.

In addition, there is a function that lets you compare two character sets. The middle line shows the XOR of the two charsets. This example shows that several lower case letters were optimized from the C64 to the TED:

The PETSCII tab visualizes the 256 PETSCII codes. Codes 0x00 to 0x1F (the first two rows) and codes $80 to $9F (rows 9 and 10) are control codes, the others are printable. Clicking on a code will reveal the PETSCII value, the screen code and the keyboard combinations. For control codes, it shows the functions on the different computers, and for printable characters it shows the Unicode equivalent. 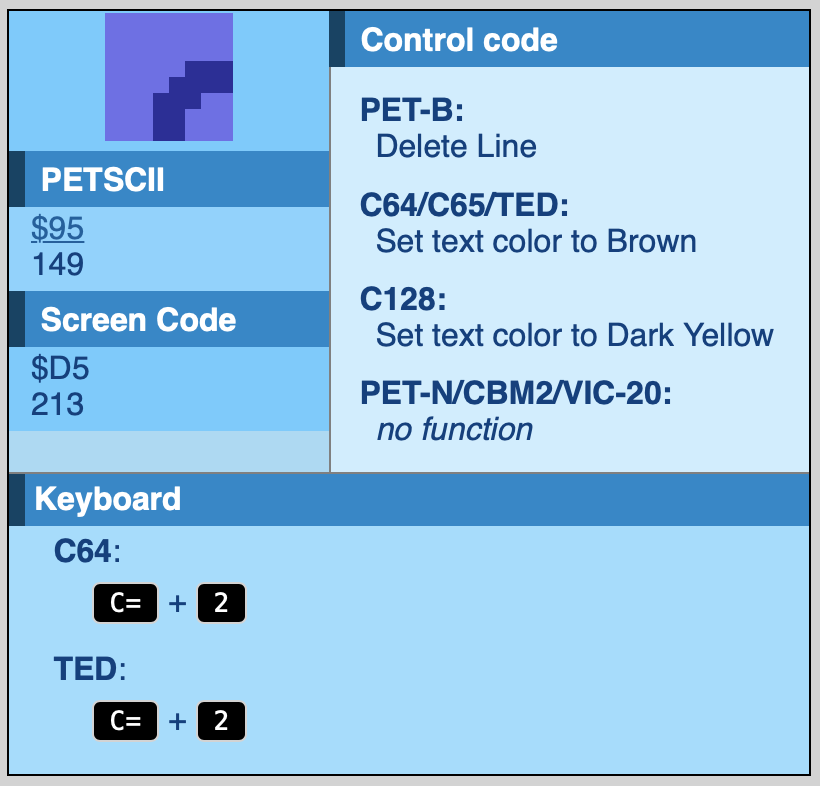 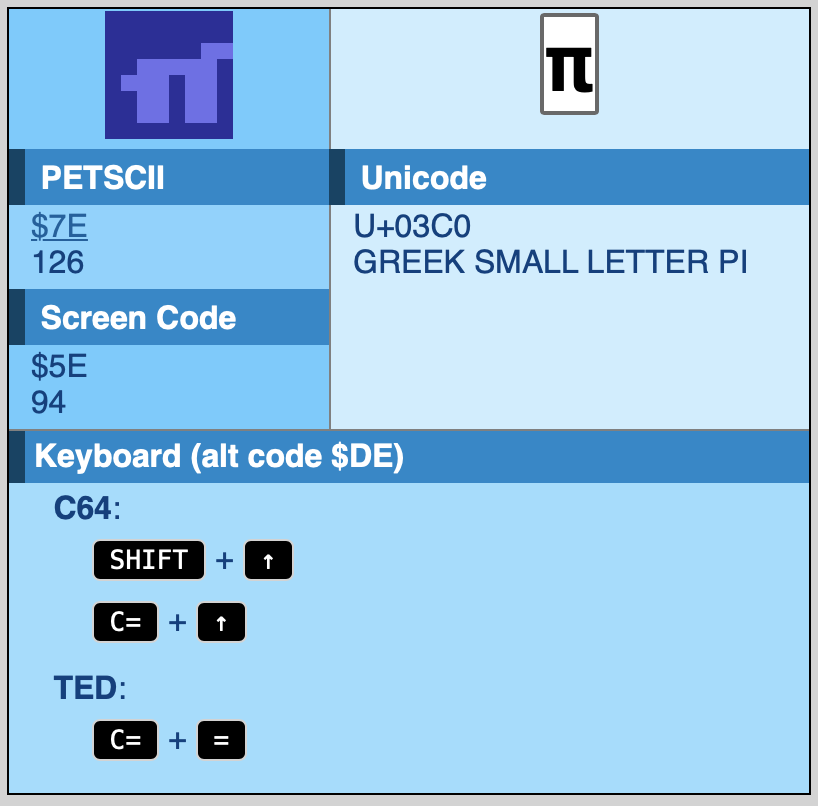 The table below shows this information for all codes in one place. Here is a part of it comparing some keyboard combinations and control codes between three different computers: 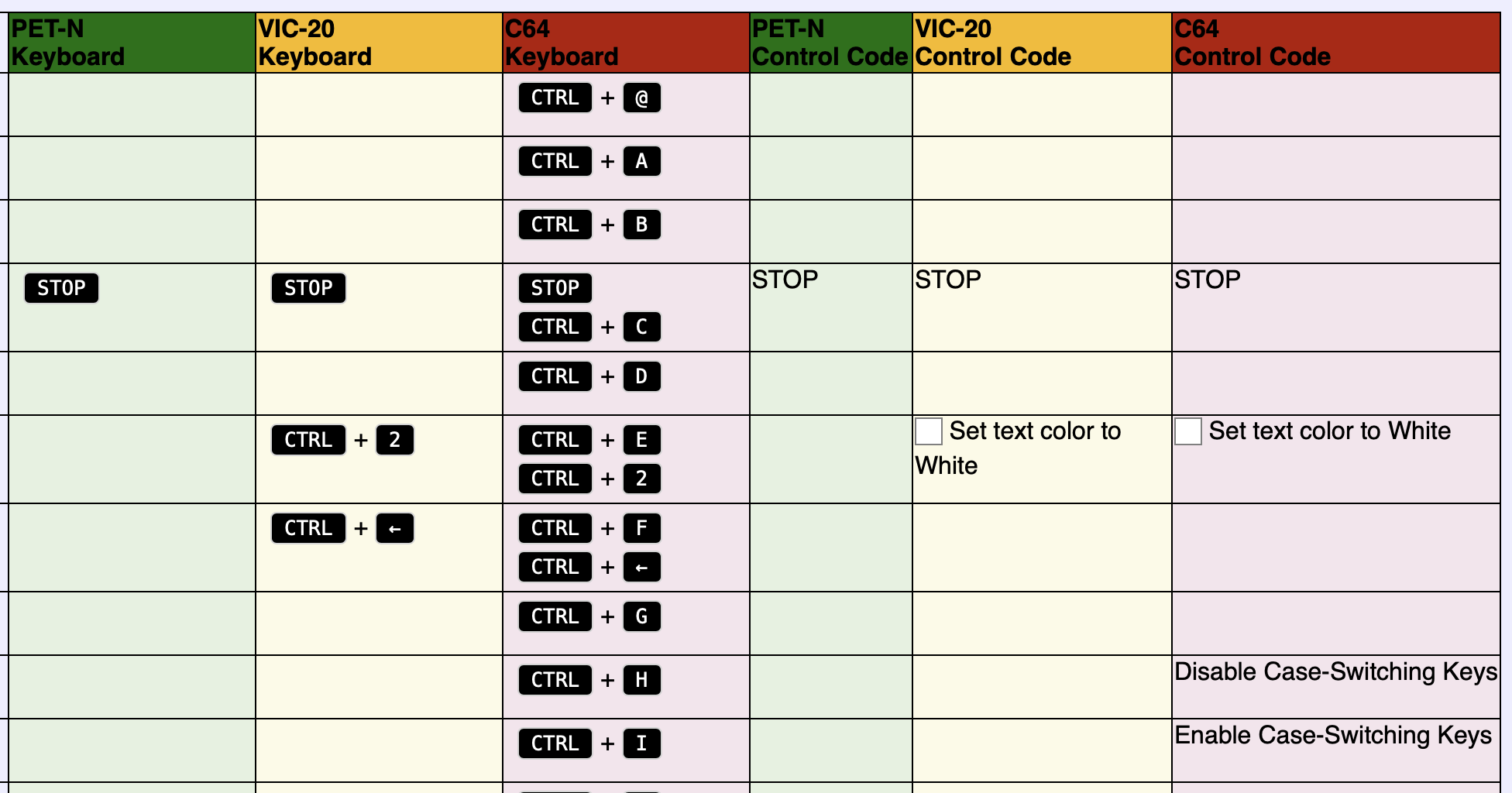 The Keyboard tab shows the keyboard layouts of the different computers and lets you explore which PETSCII codes and characters are generated by which key combinations. 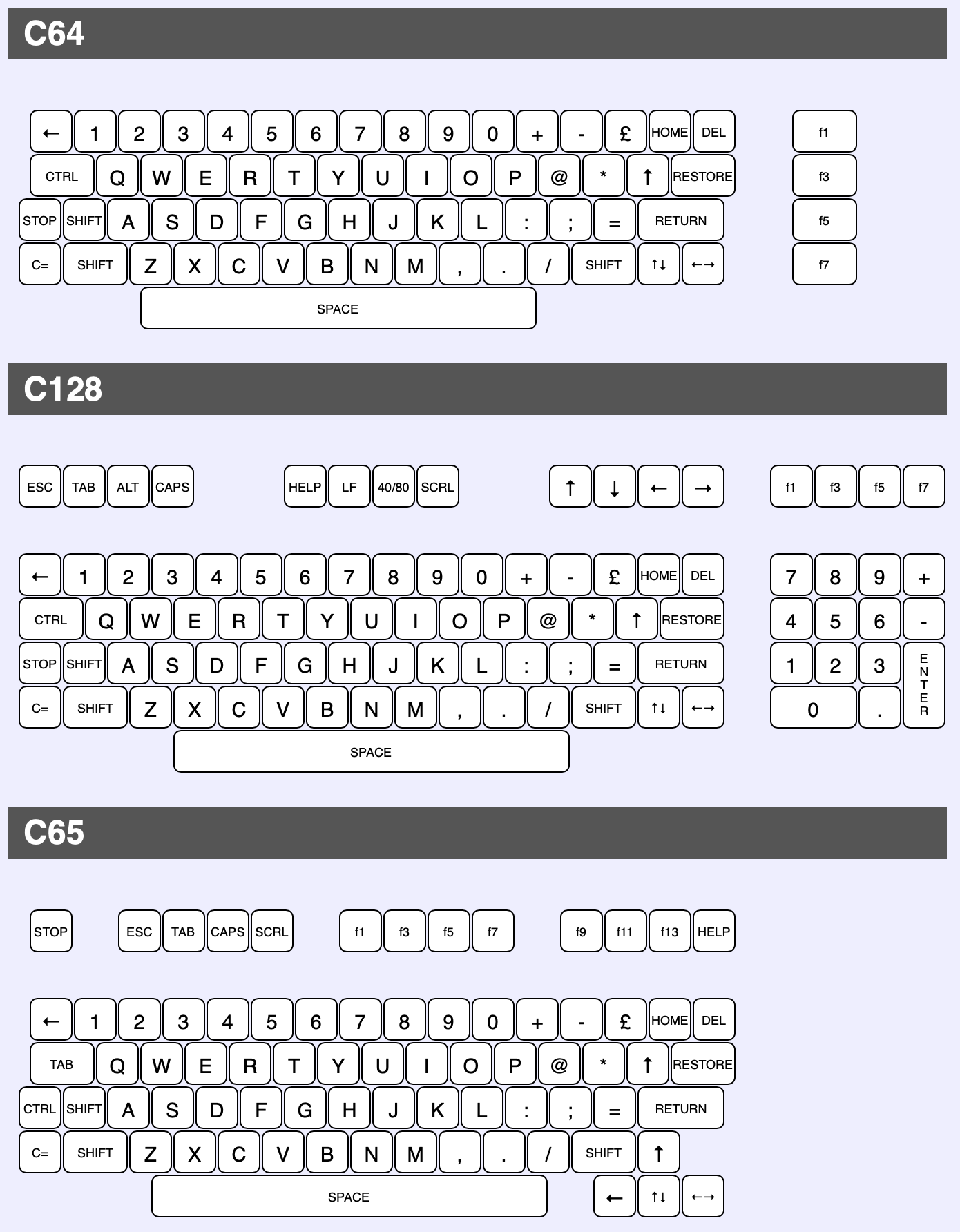 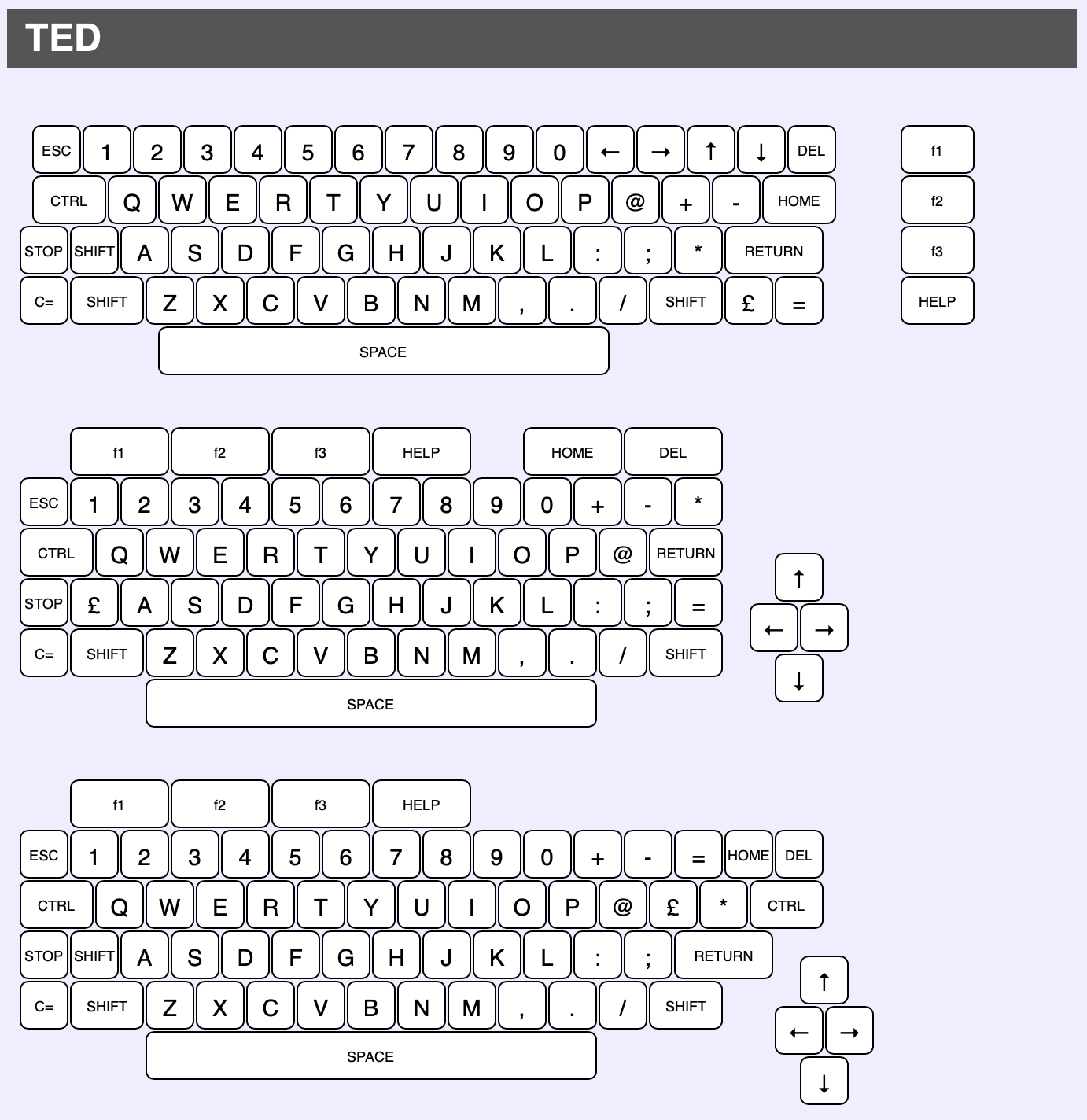 In the screenshot above, you can see the three different keyboards of the computers from the TED series: the C16, the C116 and the Plus/4.

Like all web pages of the Ultimate C64 Reference, these view are generated from independent formatted ASCII files. The C64 keyboard file looks like this, for example: 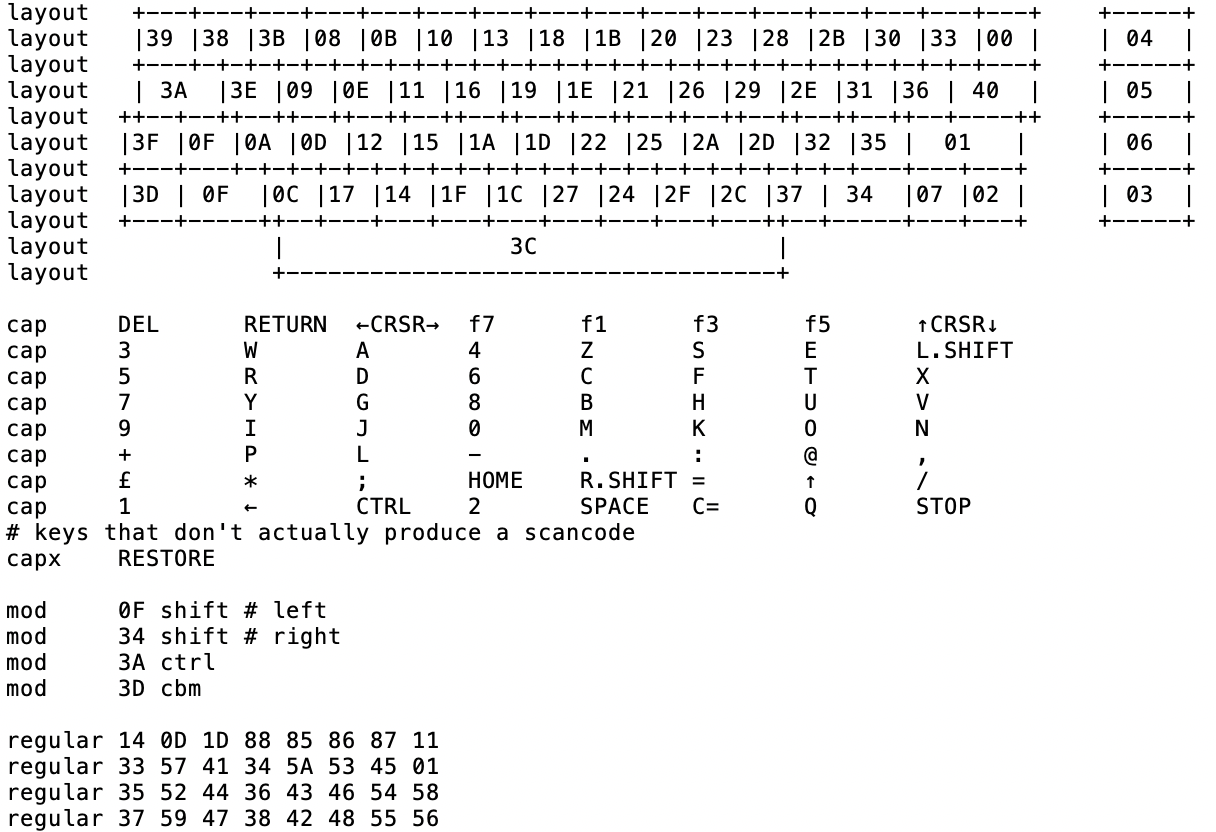 It contains the ASCII-art of the layout, which is converted into SVG graphics by a Python script, the key caps, information about modifiers as well as the scancode-to-PETSCII tables.