The HP LaserJet III laser printer from 1990 used the “Printer Command Language” PCL 5 by default, but could be upgraded with the “HP PostScript Cartridge Plus” cartridge, which contained 2 MB of ROM with Adobe’s PostScript Level 2 rasterizer. Let’s look at the ROM contents and some of its hidden gems. 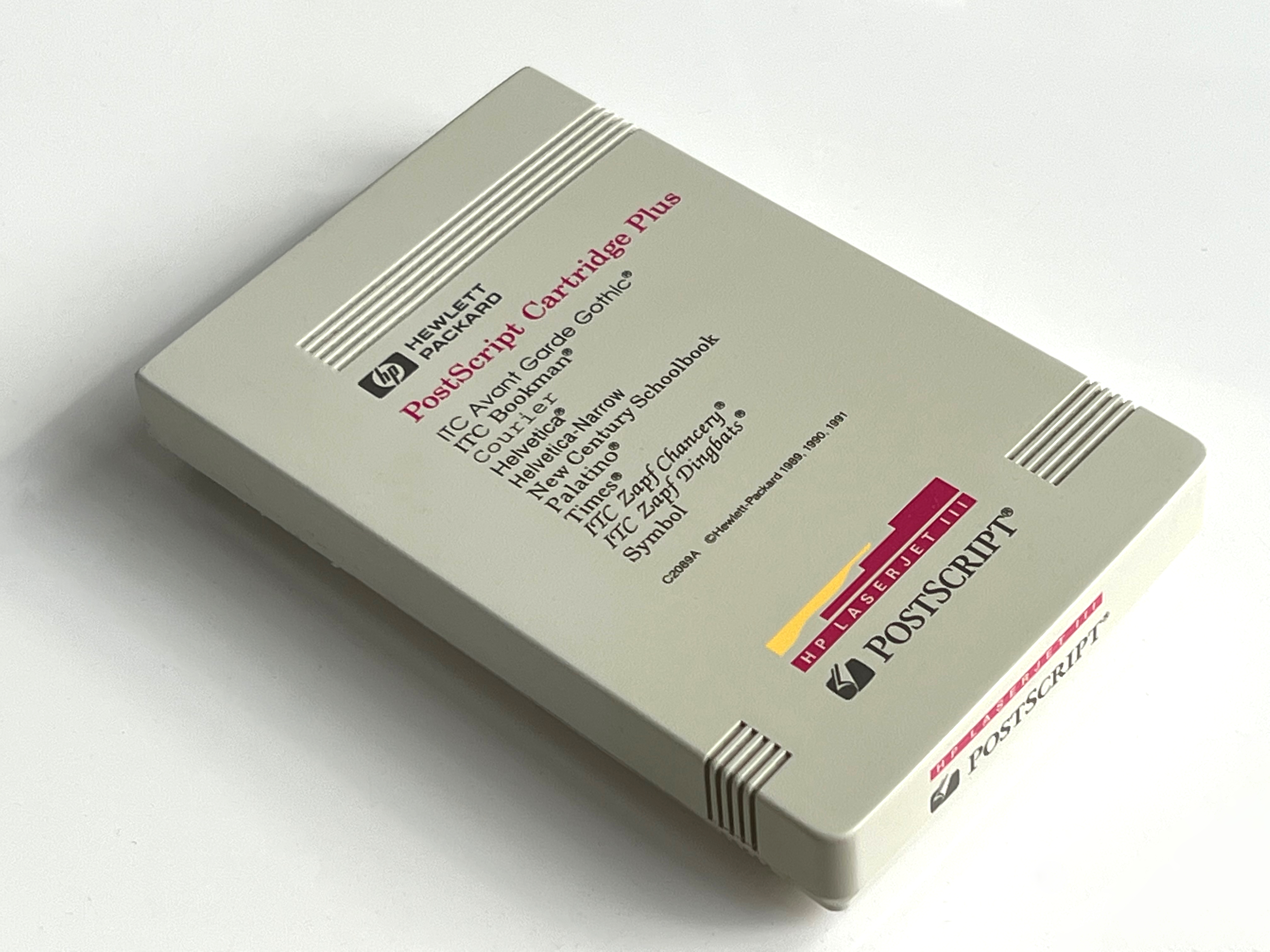 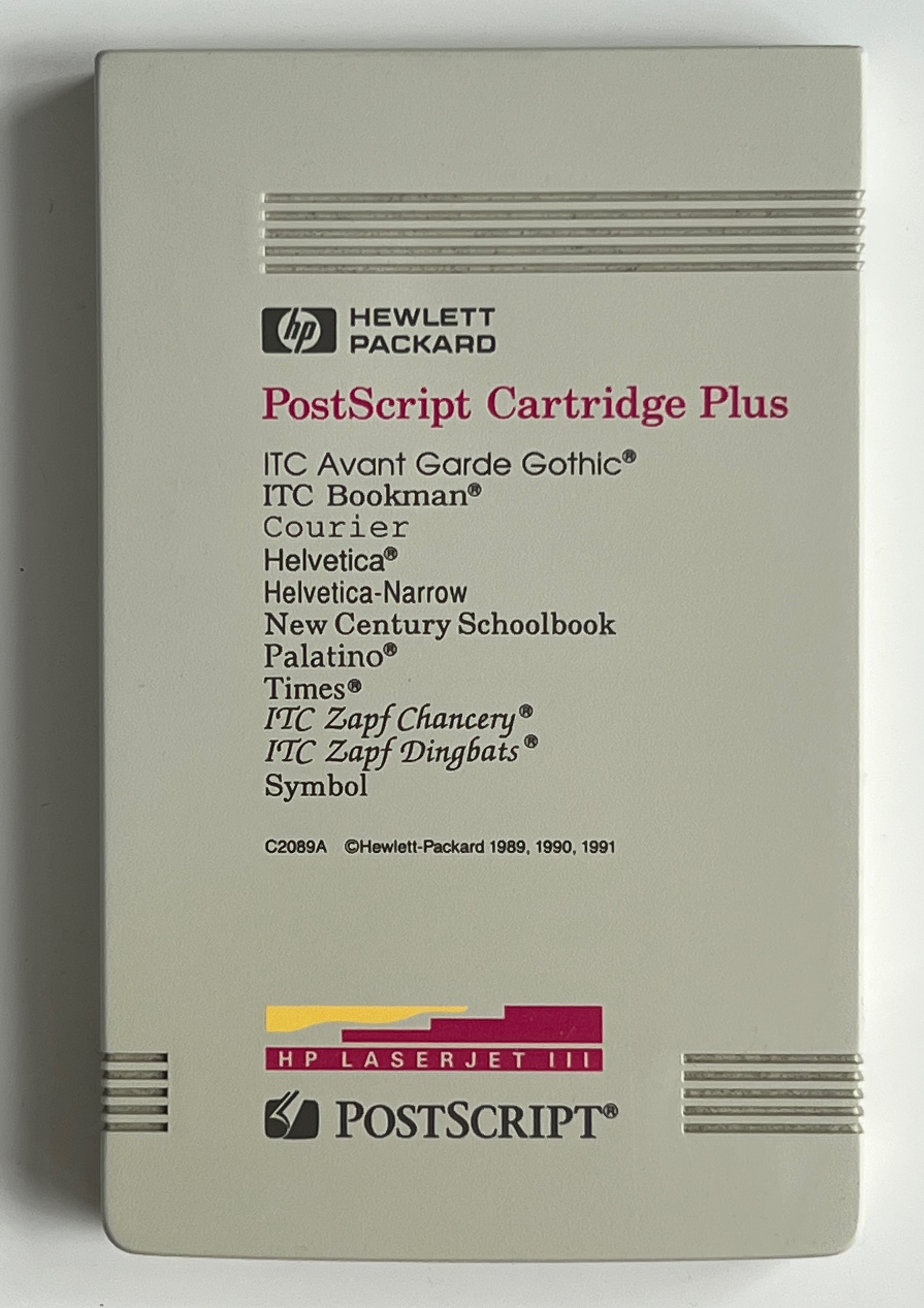 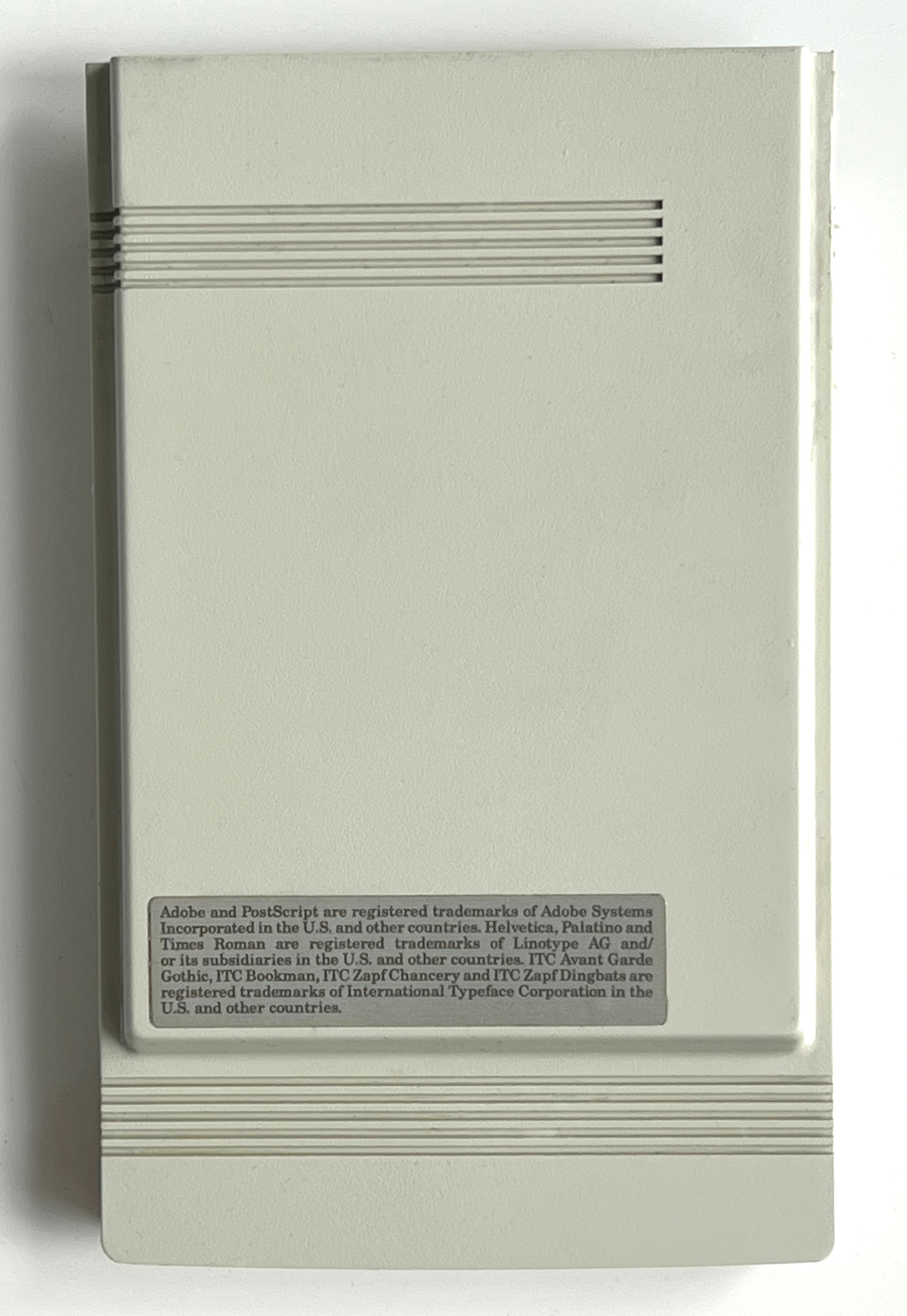 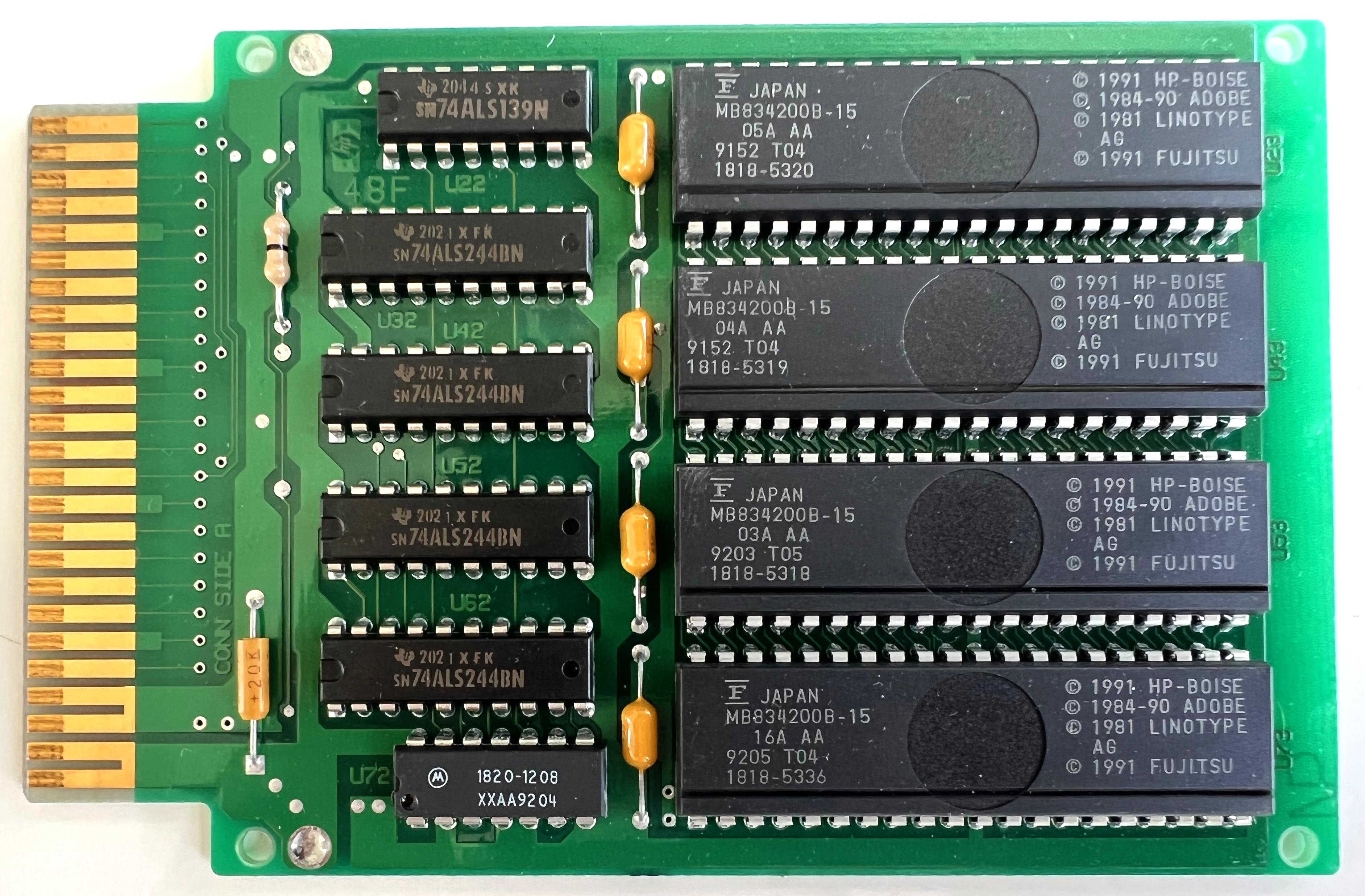 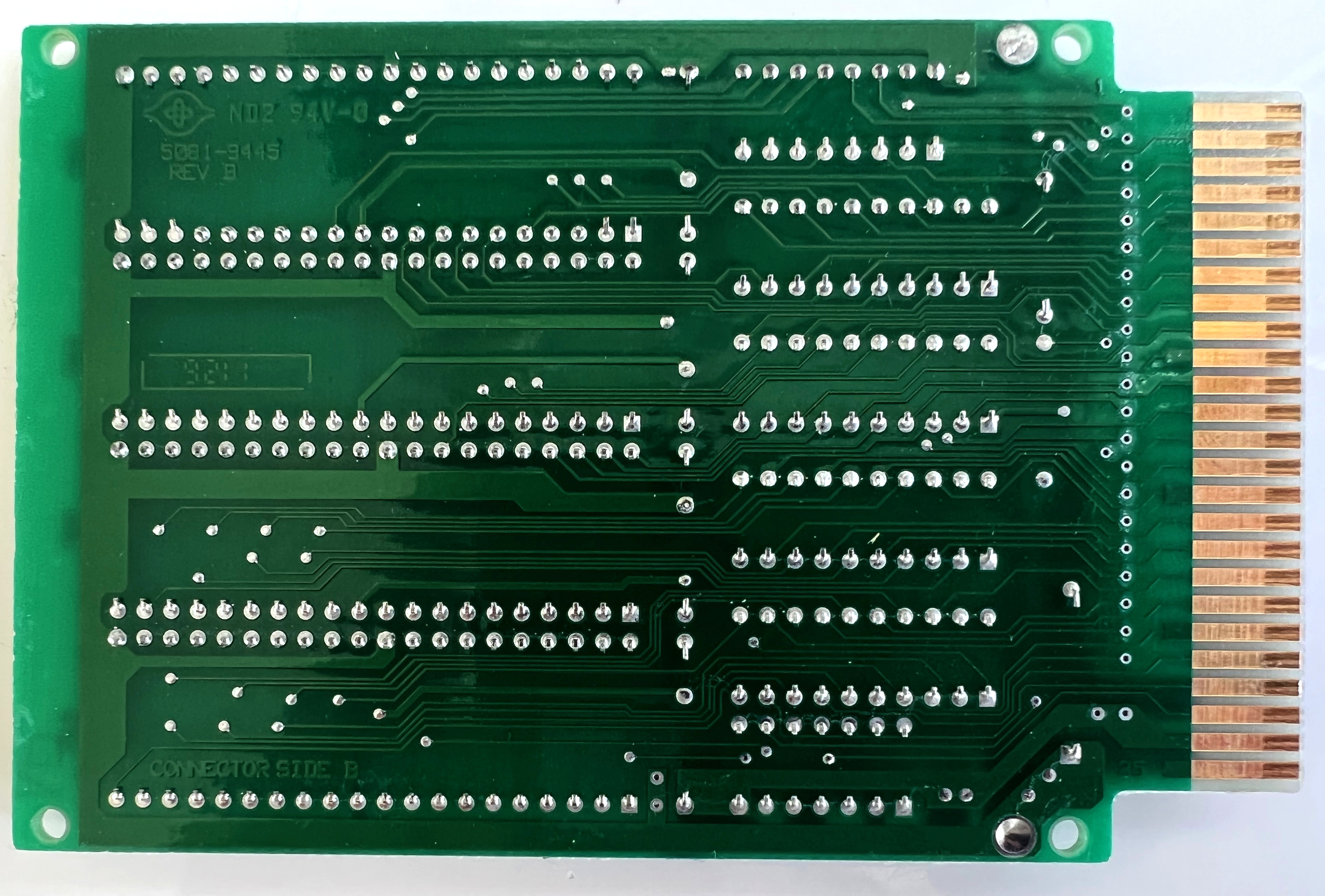 Here is the front without the components: 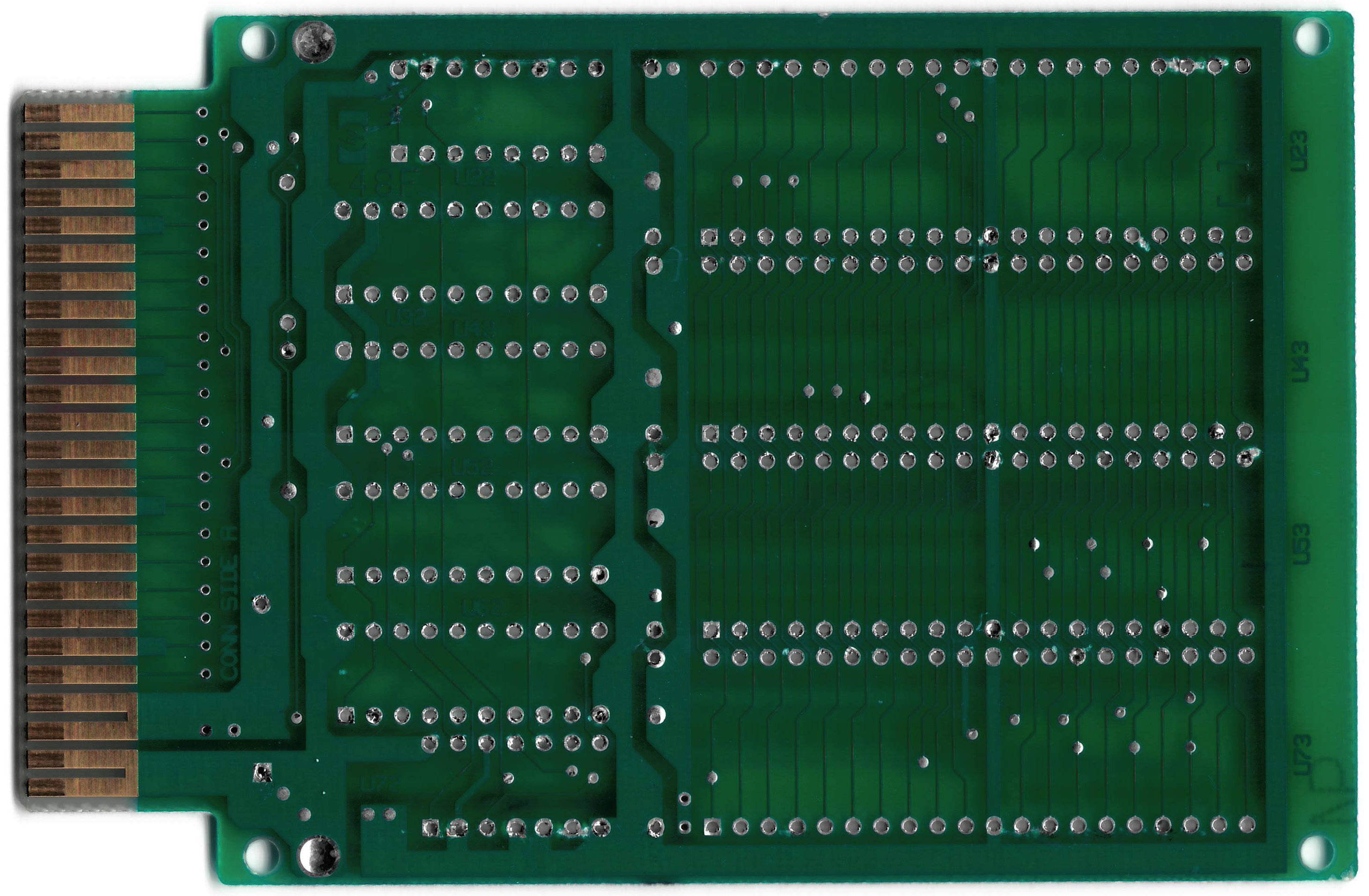 The board contains 6 74-series logic chips:

These are the verbatim dumps (adjacent bytes are swapped):

This is the combined (byte-swapped) 2 MB ROM image:

The ROM image starts with a signature of “SYST” and the following messages at 0x30:

The ROM contains Adobe’s PostScript Level 2 rasterizer compiled for the 68000 CPU, the PostScript base fonts as well as some LaserJet-specific software (messages, errors and settings texts for the 15 char display in several languages).

There is also some PostScript source code in the ROMs!

(The missing %! file header has been added to the downloads.)

Since this is printer-specific PostScript code, it may not work with computer-based rasterizers, so let’s go over them one by one.

This is “FONTPAGE” converted to PDF using GPL GhostScript: 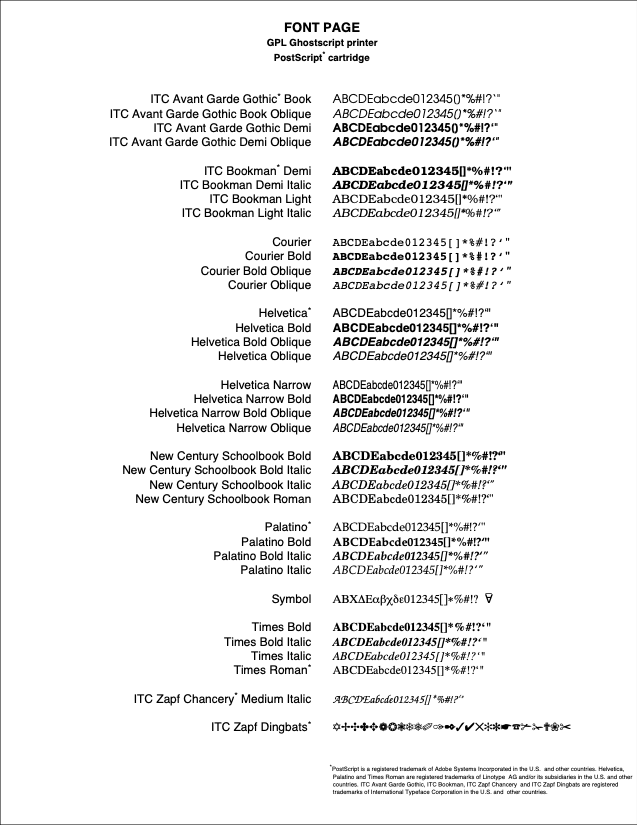 The PostScript code contains the product operator, which returns the name of the printer, so the second line – “GPL Ghostscript printer” – would read “HP LaserJet III printer” on an actual LaserJet.

“TEST PAGE” prints various internal printer settings which are unsupported by computer-based PostScript rasterizers, so some lines had to be removed for the file to work. These are the files hacked for different rasterizers:

(The almost identical contents of Acrobat Distiller 5.0 and Apple’s PS to PDF converter built into macOS (down to the internal version number!) is no coincidence: Apple’s converter is in fact a licensed “Adobe Normalizer 5.0”1, the same engine powering Distiller 5.0.) 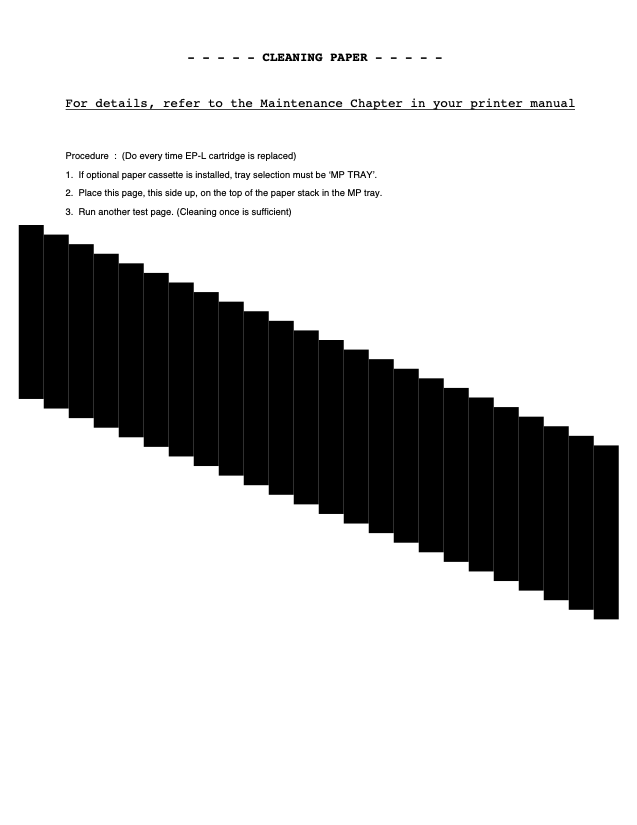 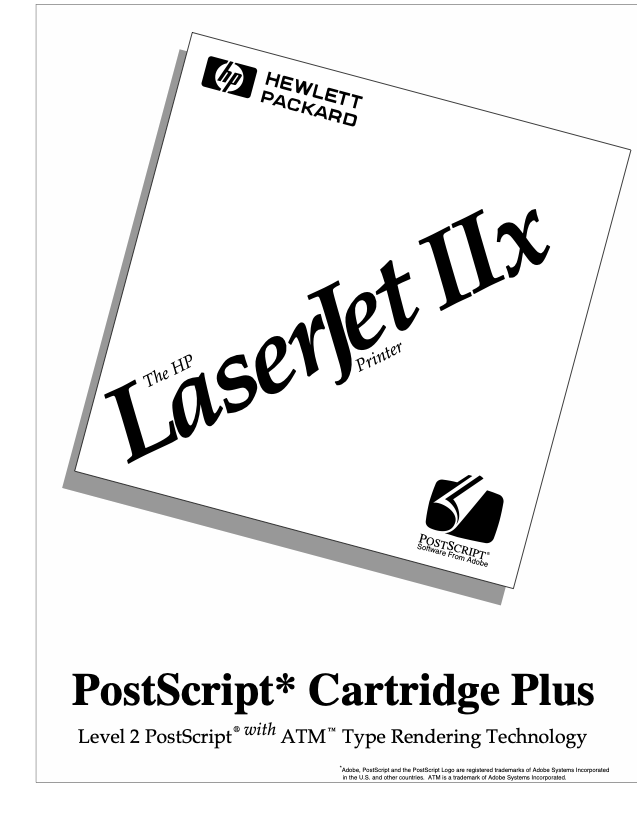 There is no such device as a “LaserJet IIx” – this is what the PostScript code falls back to if the product is none of these:

There are several open questions that might be interesting:

6 thoughts on “PostScript Cartridge Plus for HP LaserJet III”

Leave a Reply to Per Cancel reply