Here are some pictures of the outside and the inside of a Commodore Bildschirmtext II Decoder Cartridge for the C64 – a 6800-based computer connected to the expansion port! 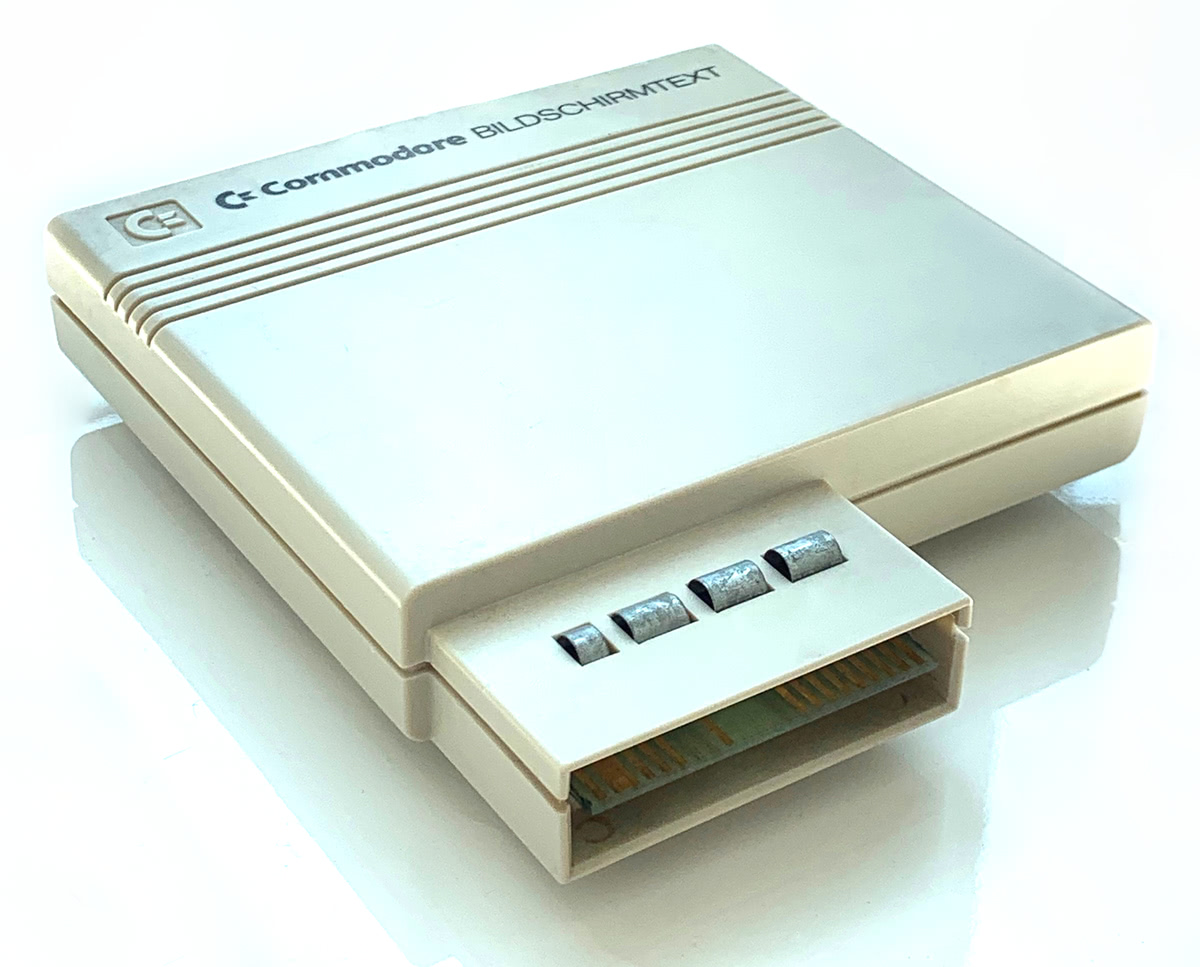 Bildschirmtext (Btx) was a German online service that existed from 1983 to 2001. Here are some videos of what it looked like. 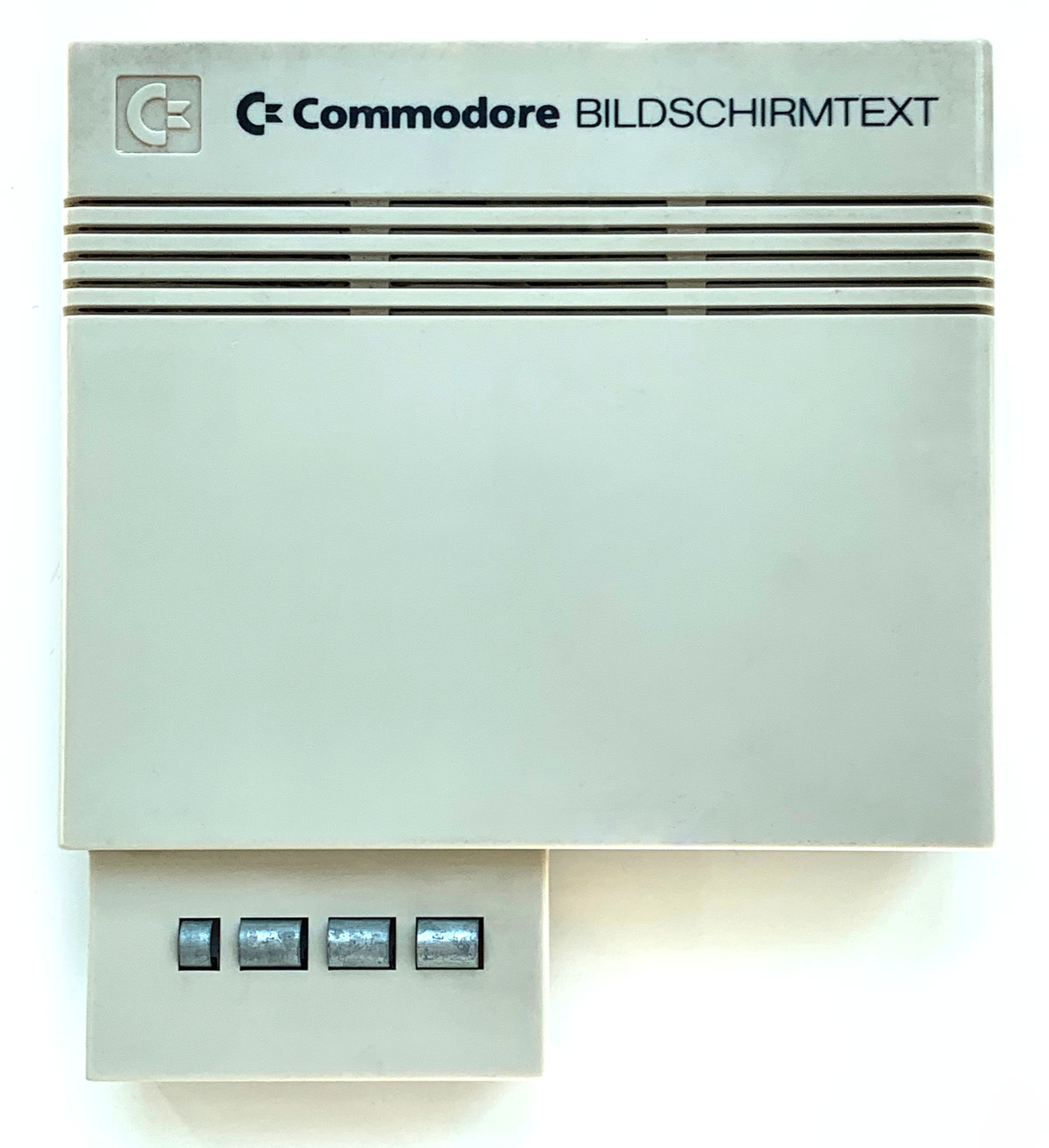 To use the service with a C64, this decoder cartridge was required, which connected to the expansion port. 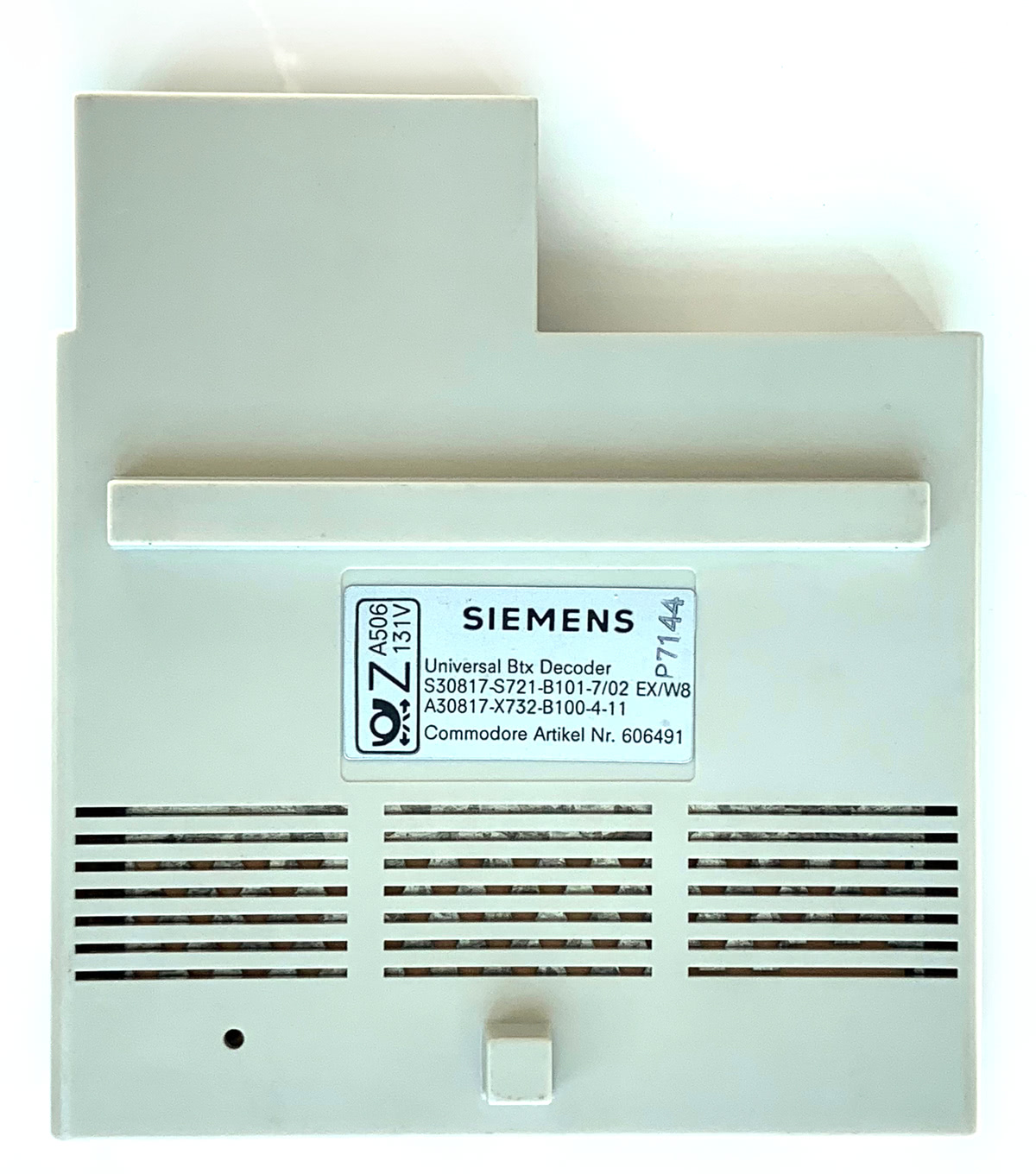 The cartridge is actually a Siemens product, it’s just Commodore-branded. The sticker says:

The box with the Deutsche Bundespost logo is the registration (A506 131V). At the time, only explicitly Post-approved devices and software were allowed to be used for participating in Bildschirmtext.

(This is the “Btx Decoder Modul II”, even though the cartridge doesn’t say so. There was a completely different first model.) 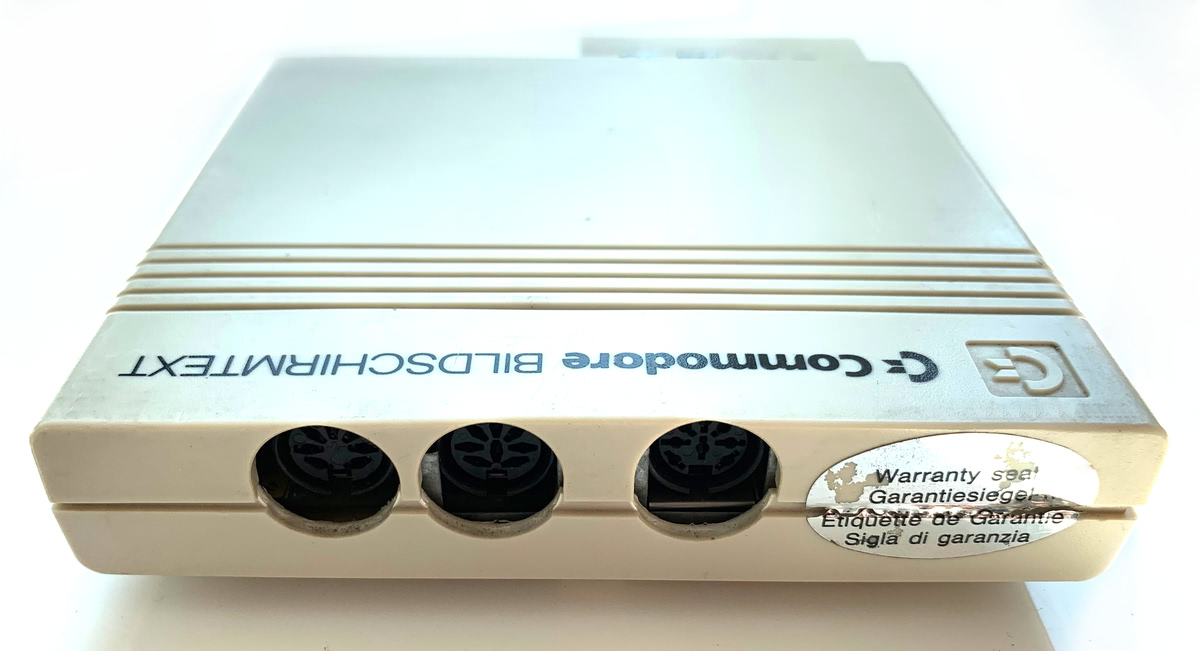 There are three DIN ports at the back, from left to right:
* Modem: This connects to the proprietary Deutsche Bundespost “DBT-03” modem (1200 baud down, 75 baud up).
* RGB: This is for connecting an analog RGB monitor.
* FBAS: This port is identical to the C64 video port and allows using a C64 monitor.

The Post-approval for participating in Bildschirmtext required the decoder to be able to show a pixel-exact image of the service (480×240 pixels with 32 out of 4096 colors)1. Since the VIC-II in the C64 could not meet this, the decoder cartridge had its own video controller and therefore its own video ports. 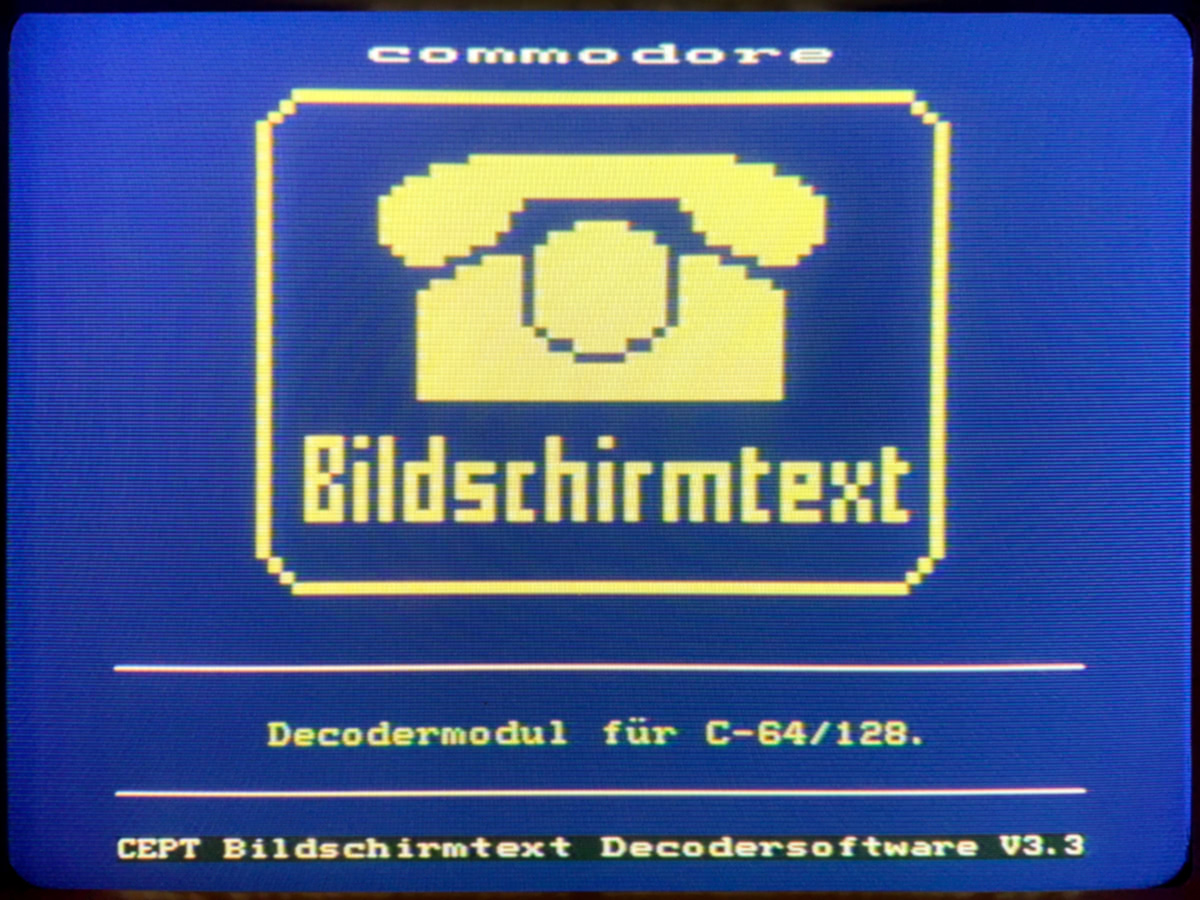 This is the output of the cartridge on startup. Note the different font, with 12×10 pixel characters. (The VIC-II is still active and shows a message that the user should connect the video cable to the cartridge instead.) 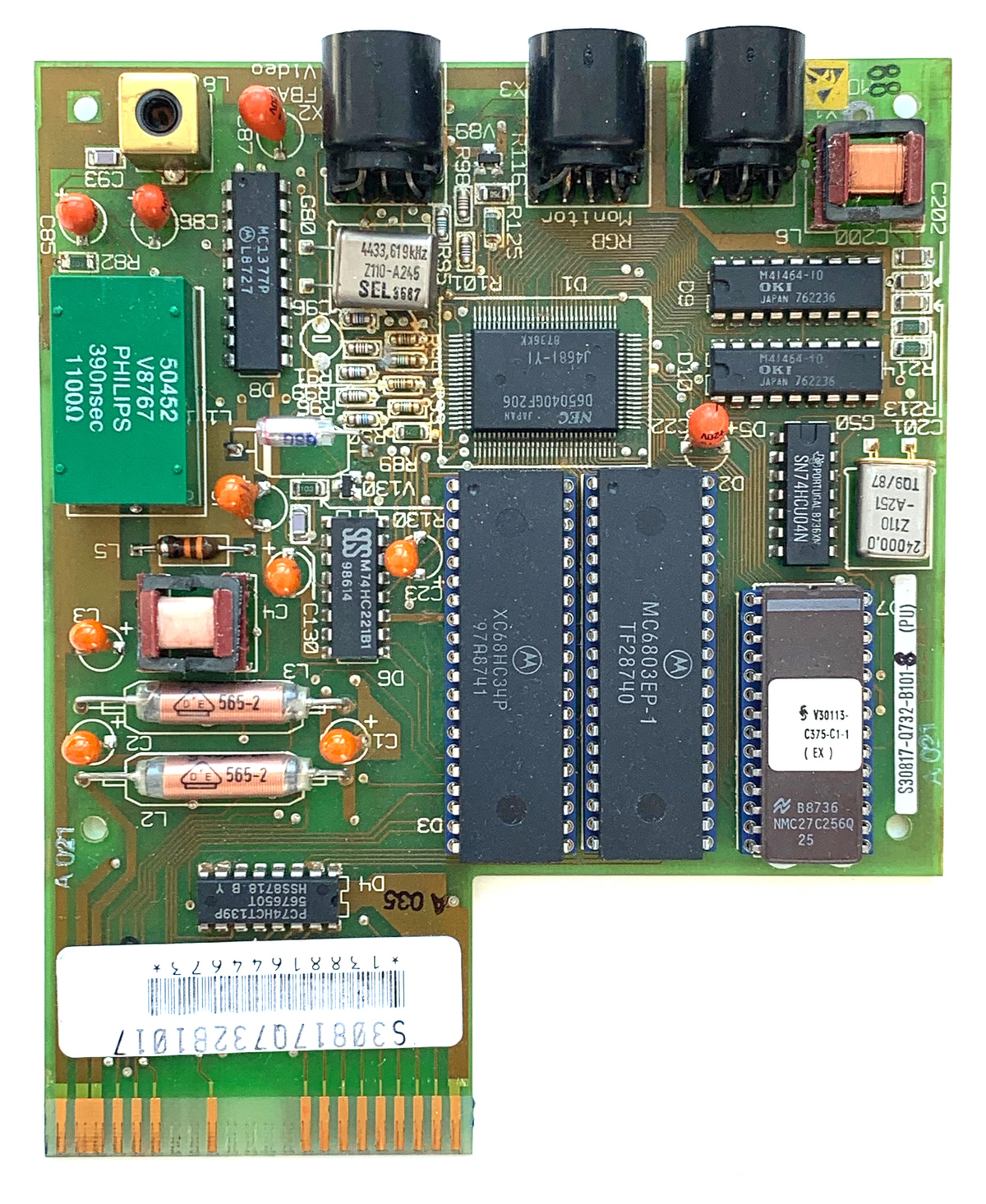 The board reveals that the cartridge doesn’t only have its own video chip, it also has its own CPU, RAM and ROM – it’s a complete computer that only connects to the C64 in order to reuse the keyboard and the disk drive.

The hardware hasn’t been analyzed much. The communication with the modem, the decoding of the CEPT data stream and the interaction with the Btx service are handled by 6800 CPU and the software in the EPROM.

I am assuming the software writes the RGB values of every single scanline into the dual-port memory in real-time, which the gate array then reads to generate the video signal – like on the Atari VCS and the Sinclair ZX81. This keeps the complexity of the video hardware minimal.

The chipset and the firmware are probably very similar to the technology used in dedicated Bildschirmtext terminals. 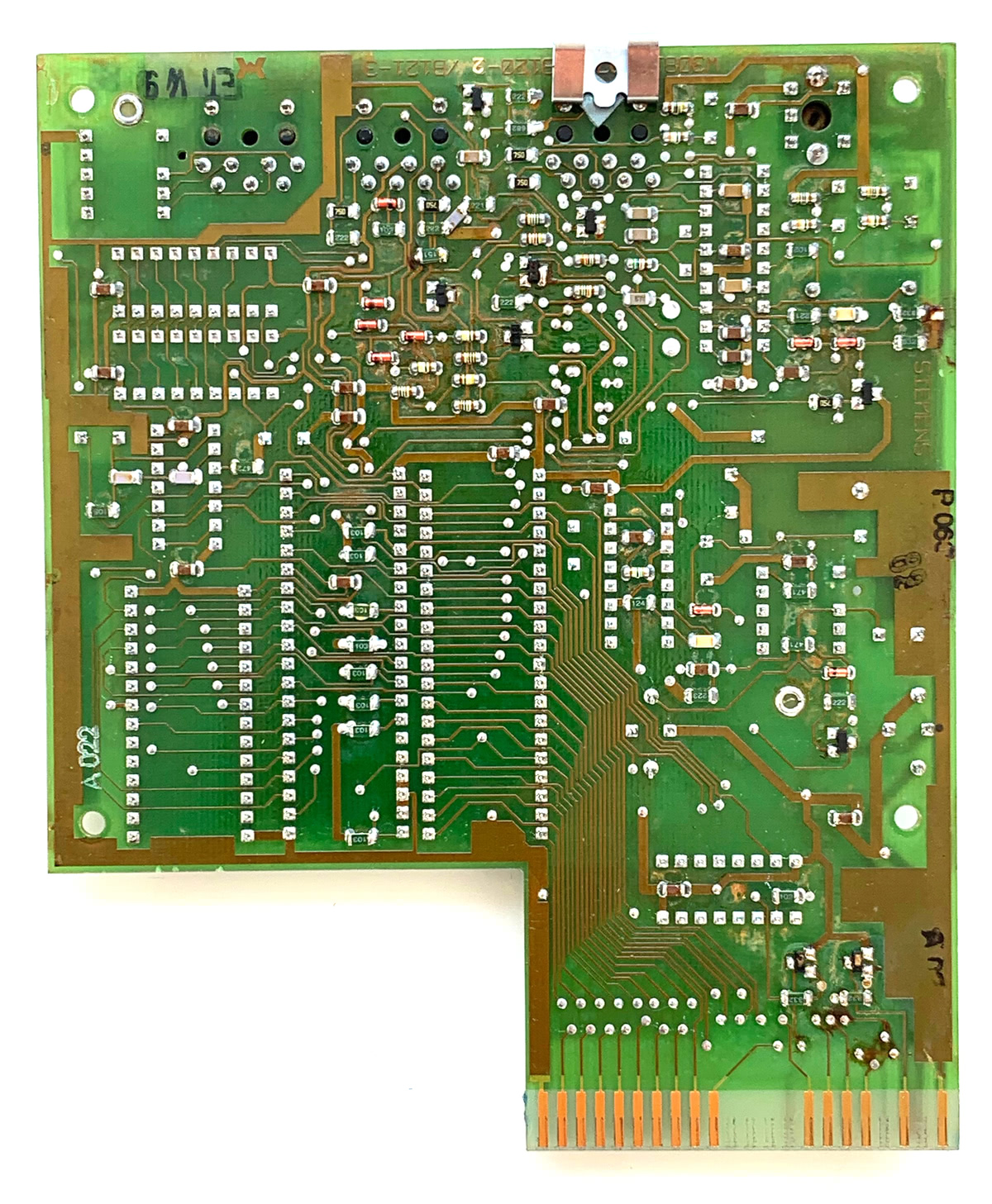