Commodore 64 disk drives were usually connected through the slow serial bus. This article shows some hi-res photos of the Commodore “IEEE-488 cartridge”, which made the faster PET drives available for the C64. 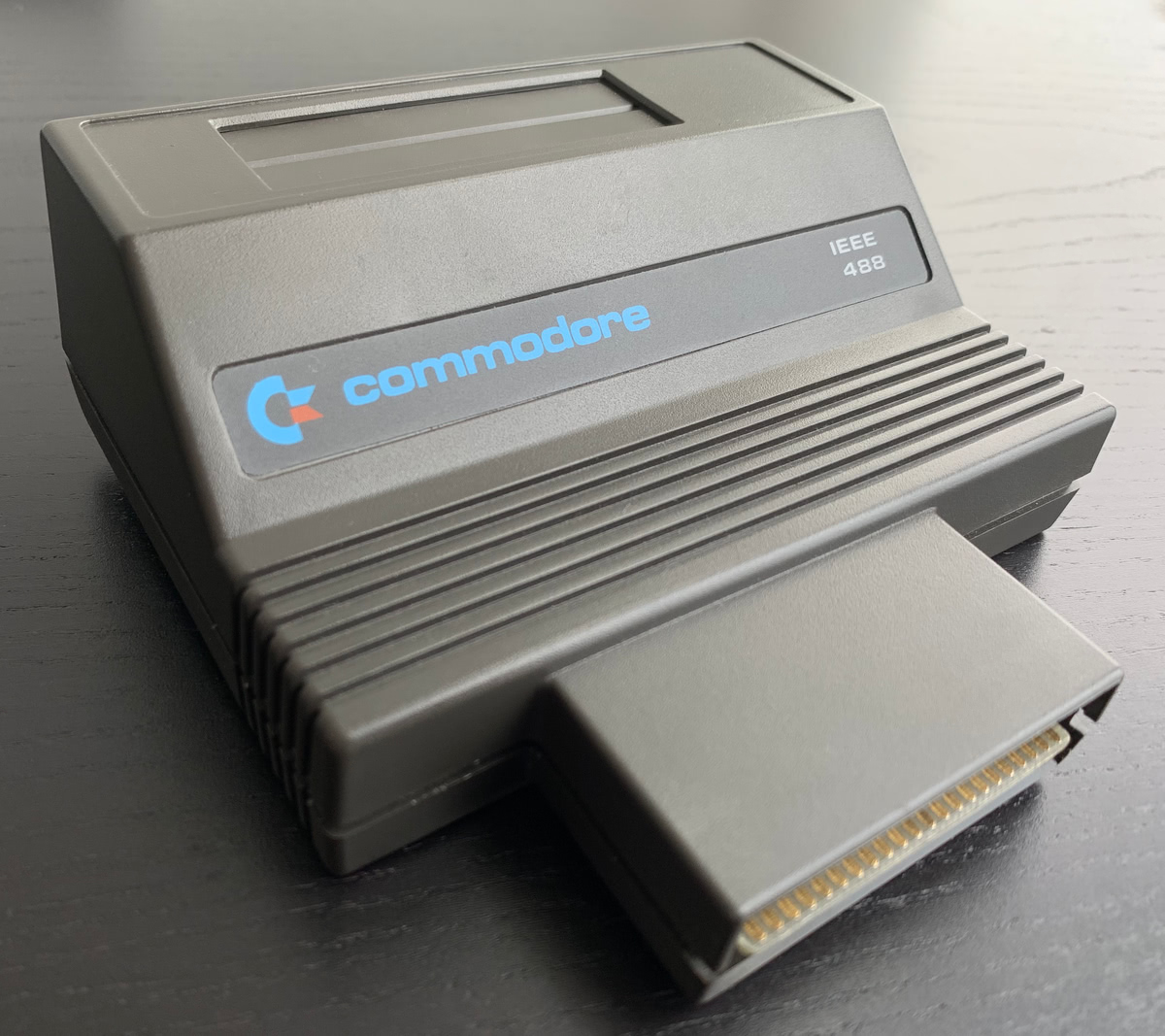 The IEEE-488 cartridge is connected to the expansion port of the C64. 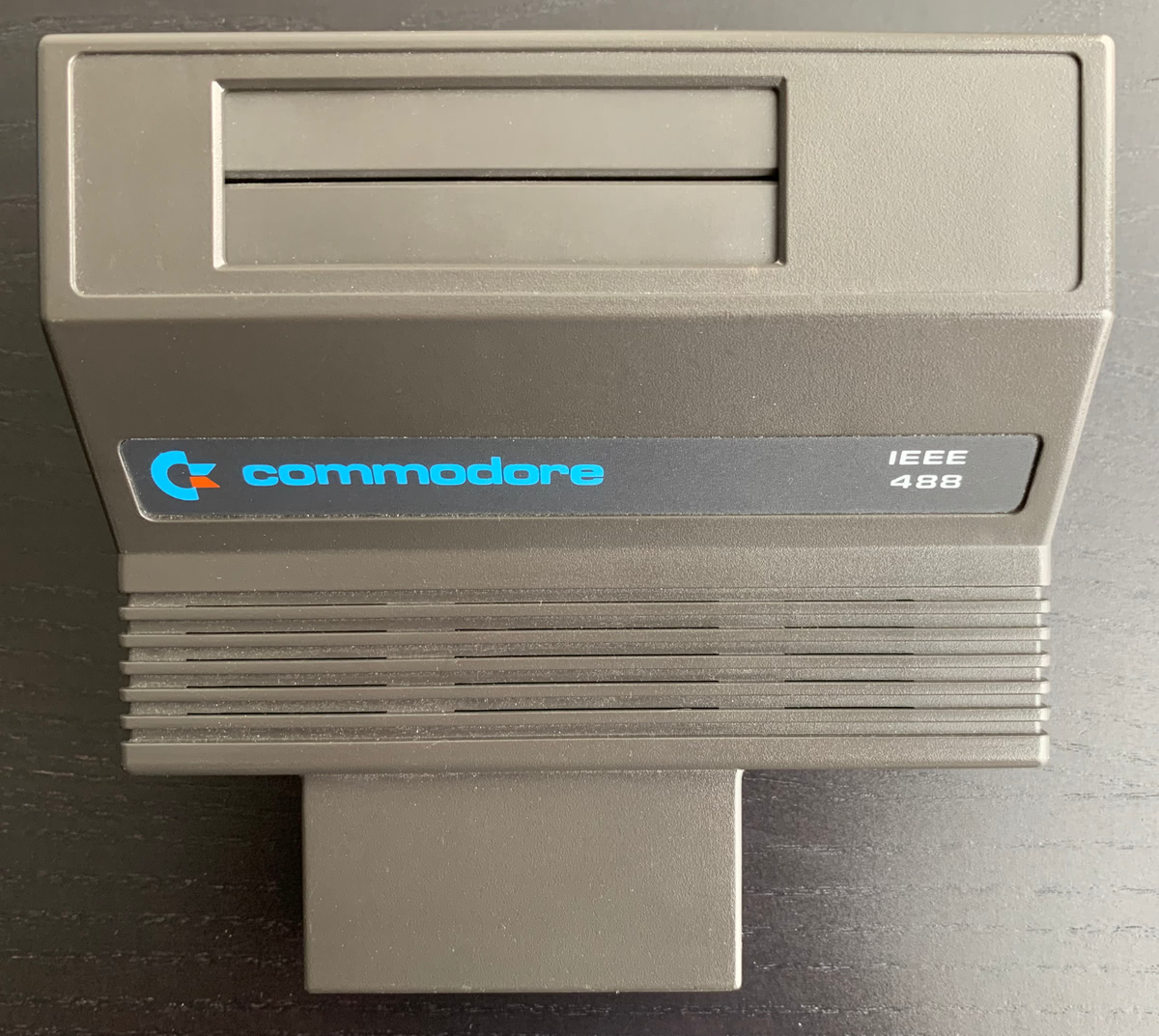 It has a pass-through expansion connector at the top, which allows using certain additional cartridges. 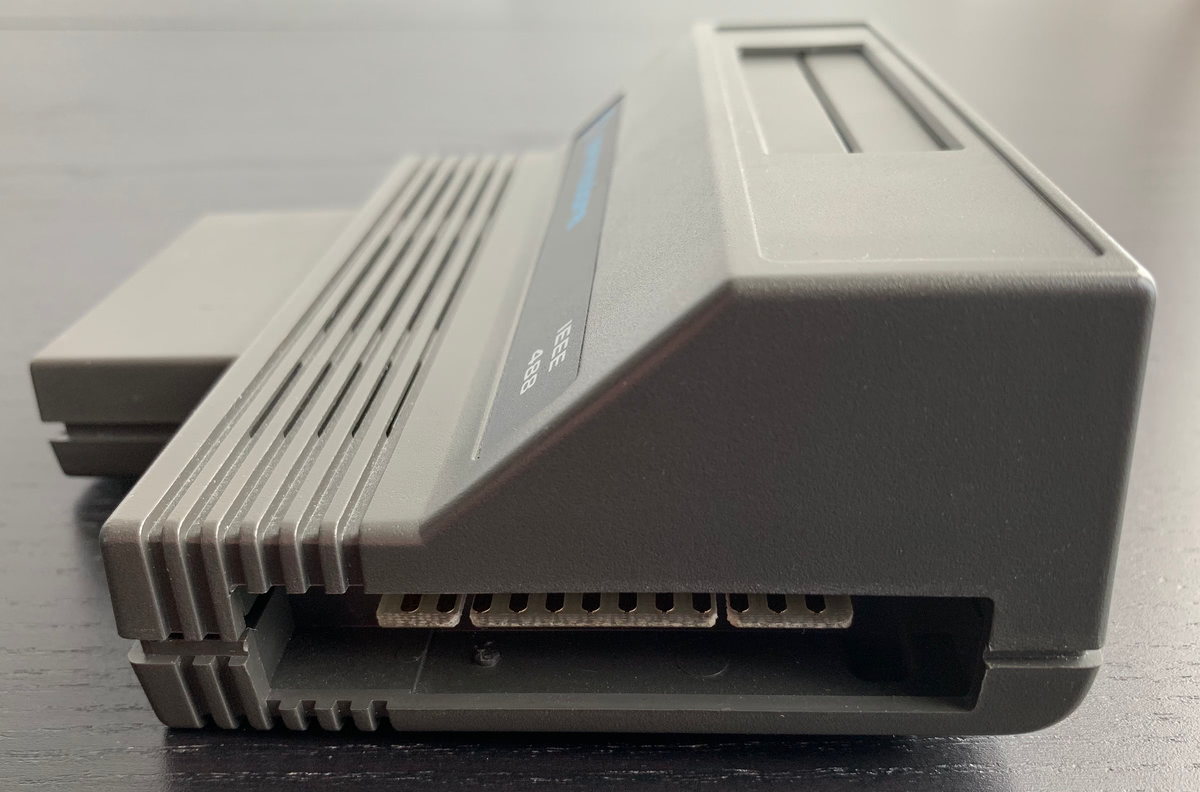 The IEEE-488 connector is on the side. This is the edge connector version, like on the PET.

If all you have is a standard IEEE-488 cable, you can use the adapter from RETRO Innovations. 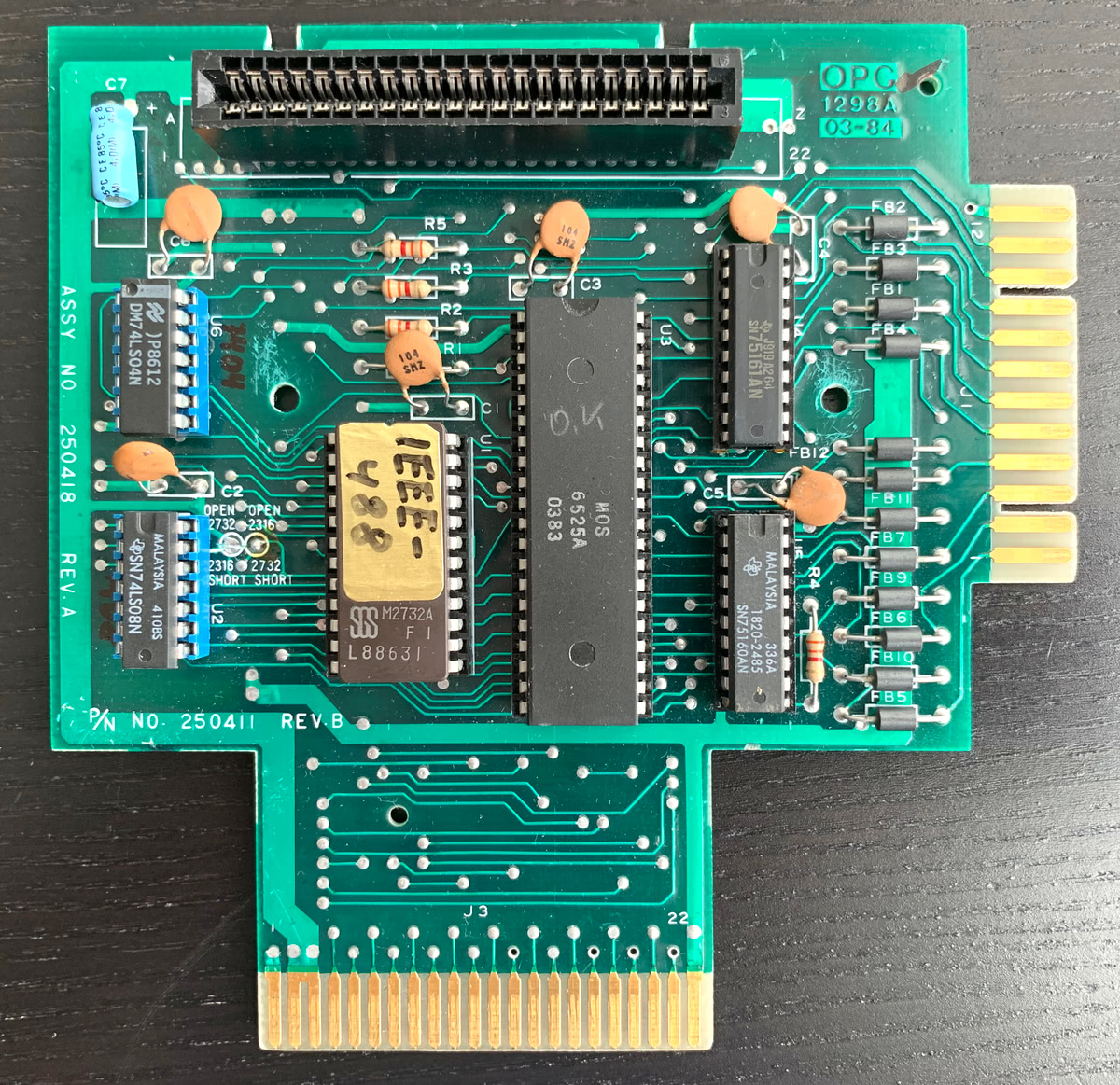 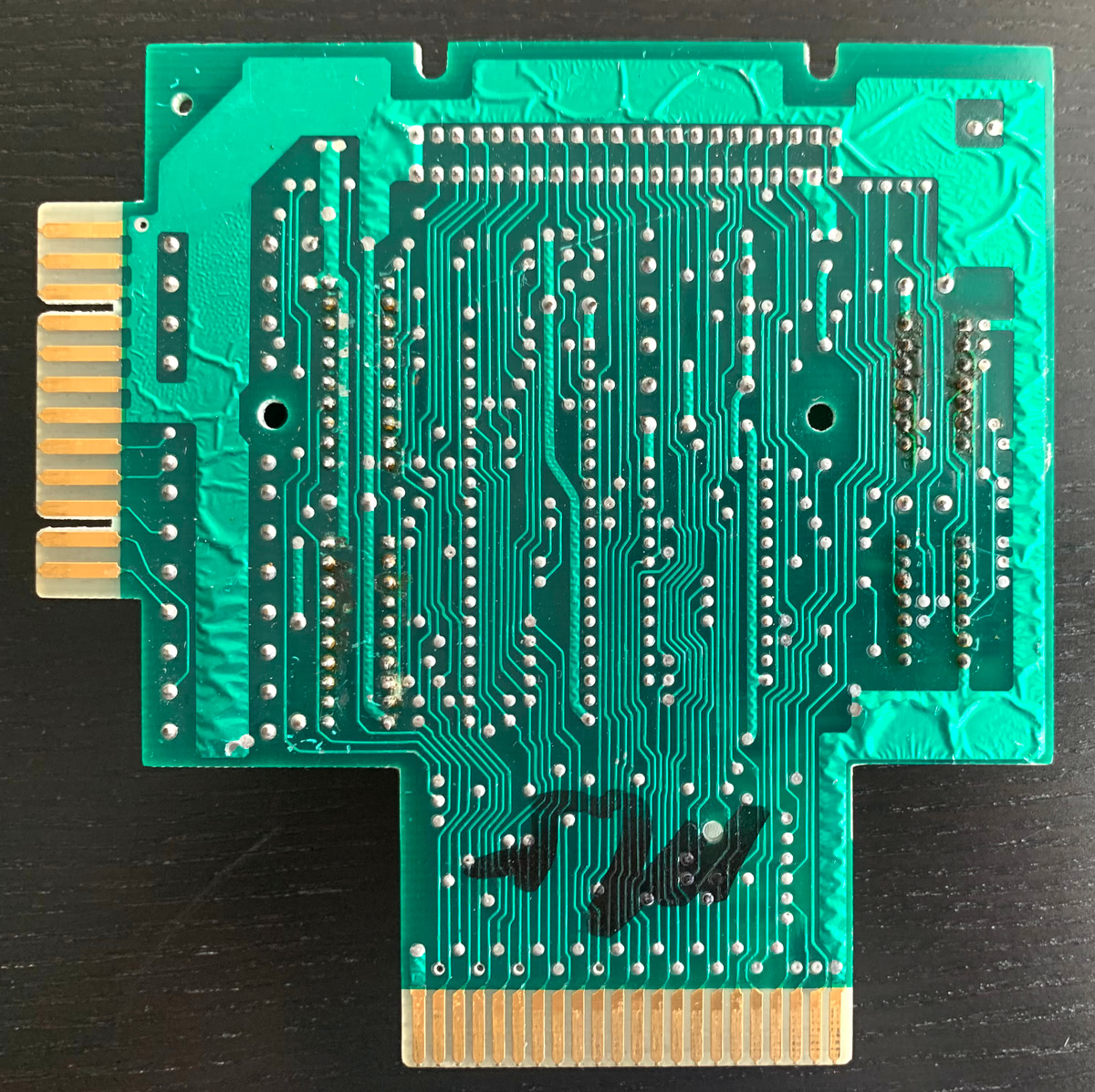 The back side reveals that the sockets of the four smaller chips of this cartridge have been added later by the user. U6 has probably been replaced: Originally, it should have been a MOS 7713 part.

These Commodore cartridges are rather rare these days, but
* There were several (historic) third party cartridges with the same functionality.
* DL2DW describes how to build your own.
* PolyPlay sells new cartridges.

The VICE emulator allows you to add the Commodore IEEE-488 cartridge to your configuration by attaching the EPROM as a cartridge image and hinting to VICE that it’s the IEEE cartridge. The UI will then let you attach disk drives like the CBM-8250 and the SFD-1001.