The new Speedlink Competition Pro Extra USB joystick has all the phsical properties and the excellent switches of the original Competition Pro, but comes with a USB interface. While this is great for use with The64 Mini for example, this joystick can be easily converted into an old-school DB9 joystick to work with Commodore, Amiga and Atari computers and consoles – without giving up the USB interface! 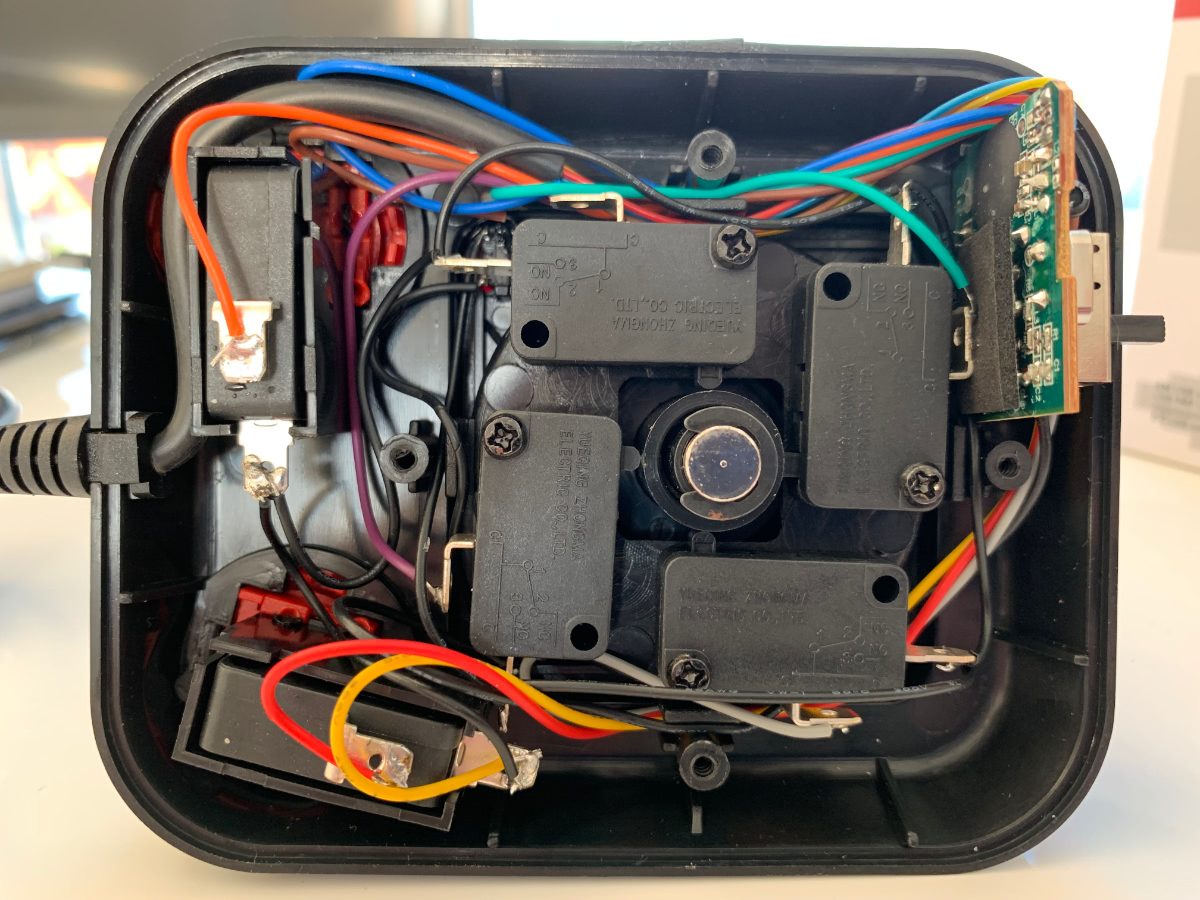 There is a small board inside that converts the output of the switches to USB.

The inputs of the switches come in through this connector:

Converting this joystick into an C64/Amiga/Atari one is as easy as connecting the wires to a female DB9 plug. It is easiest to buy a 9-pin RS-232 extension cable and use the female connector and its wires. I’m using the cable by Renkforce for 6€, so if you get the same, the wire colors should match mine. 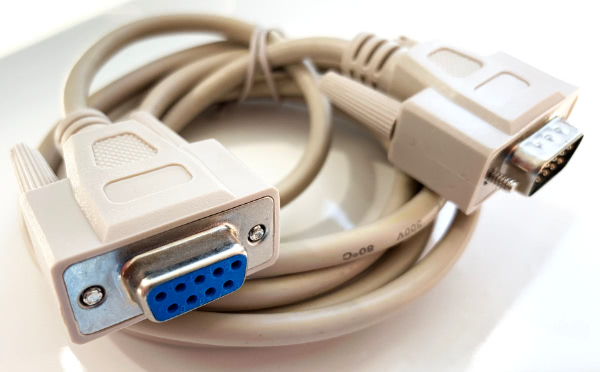 This table shows the pinout of the connector inside the Competition Pro Extra, the corresponding DB9 pin and the wire color in the Renkforce cable.

The joystick has 4 buttons, but basic DB9 joysticks only support one button. In the table above, I decided to wire up both round buttons, and leave the two trigular buttons unconnected.

In case you are using a different DB9 cable, here is the connector pinout:

There are several ways you can make the connections. One is to stick the DB9 wires into the side of the connector, then glue them: 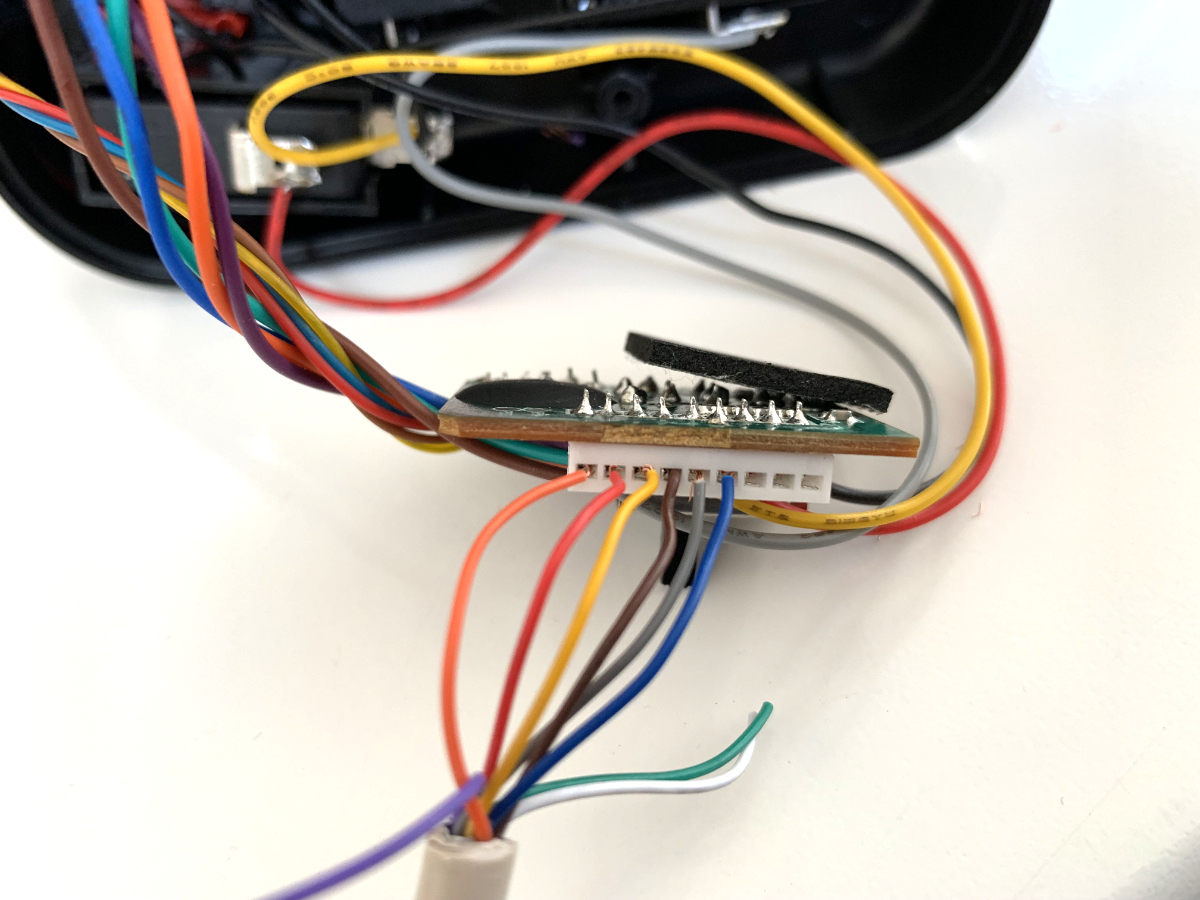 Or you could solder the wires to the other side of the PCB.

The wires for the USB port do not have to be disconnected: As long as the circuitry is not powered through the USB plug, it is completely passive, so you can use the joystick with either of the two connectors!

The other option is to remove the USB board and connect the wires from the switches directly to the DB9 wires. 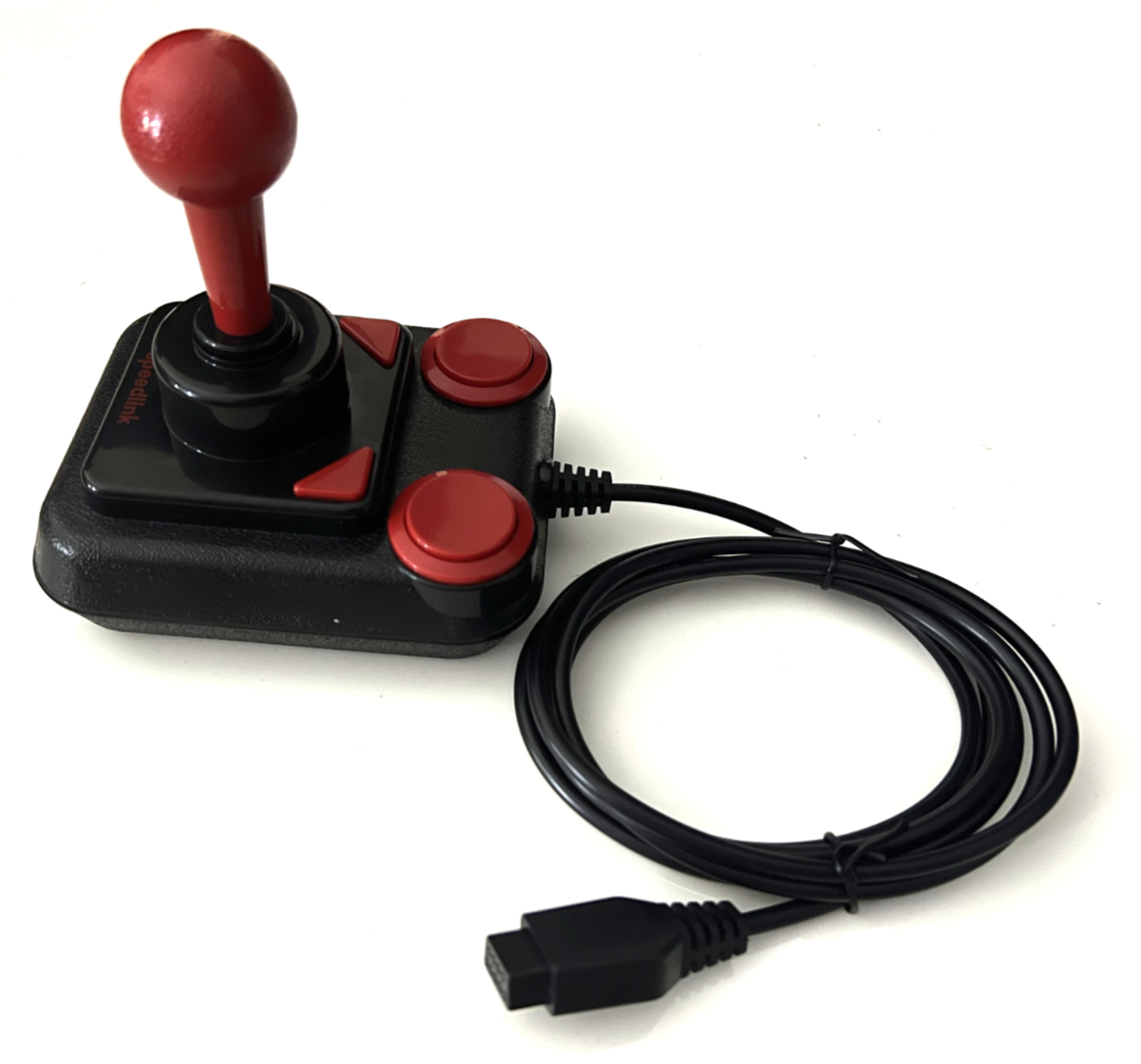 Then, you can use the other side of the RS-232 extension cable and the USB board to build a DB9 to USB adapter: 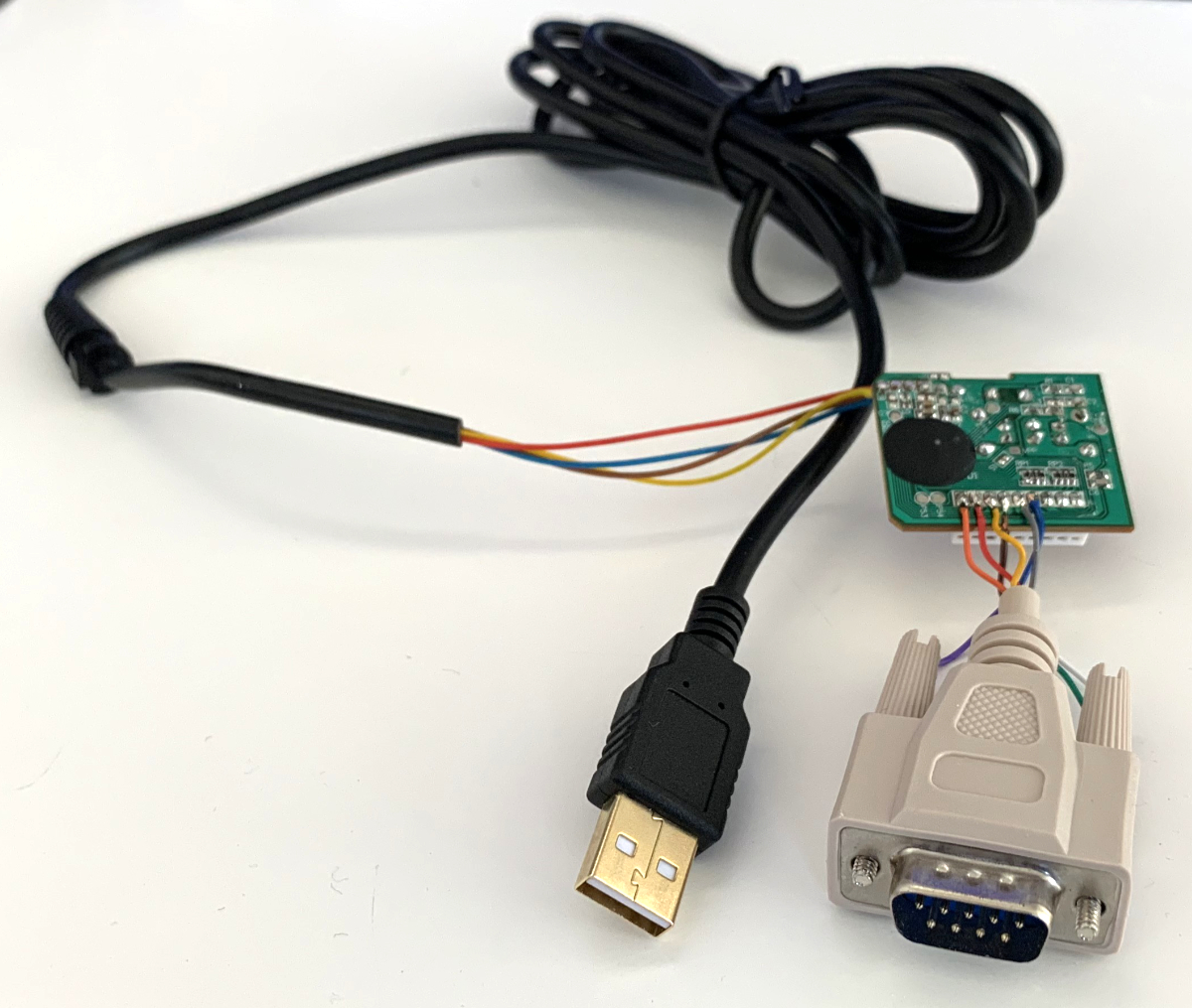 Through the adapter, you will lose access to the four individual buttons, though.

DB9 joysticks do not have the two D-sub screws. If you are using a an RS-232 connector, it will be wider because of the screws, and you won’t be able to fit two of these into the two control ports of a C64, for example. If you care about this, you will need to cut off the sides of the connector, get a connector without the screws, or cannibalize a broken joystick.