Many pre-recorded MiniDiscs are rare and expensive. An extra rare special case is the dummy promo copy of Michael Jackson’s “Dangerous”, which we will dissect in this article. Just looking at the case, the dummy promo copy looks like the regular retail MiniDisc: Instead of the inner pages with the song lyrics, the booklet only contains a sheet with the MiniDisc logo: The front of the MiniDisc looks inconspicuous: But instead of the track listing, the back only contains a sticker saying “NOT PLAYABLE”: If you look closely, you can see that the actual disc behind the shutter has “DUMMY” etched into it. The full text is “DUMMY-CDF01-1/100”.

When trying to play the MiniDisc, any player will complain that it cannot read the TOC (table of contents). But a closer look reveals that the data area is not in fact empty: Like audio CDs, MiniDiscs are played from the inside to the outside. The innermost area (outside of the readable text) looks uniform, which usually indicates an empty area. Then, there are three areas of what looks like random data, with smaller regular stripes in between – this reminds of tracks on a vinyl record. For comparison, here is a proper pre-recorded MiniDisc: The empty area is at the end of the MiniDisc, that is, on the outside. The data is in one large area – individual tracks are in fact not visible.

The random areas do look like they contain some data, so we have to try to read it! But how do you play a MiniDisc without a valid TOC? By hot-swapping a good MiniDisc with this one! I used a toothpick on the door detection switch of a SHARP MD-MT15 so I could open the door without the player noticing, as described in my article about dumping MiniDiscs: 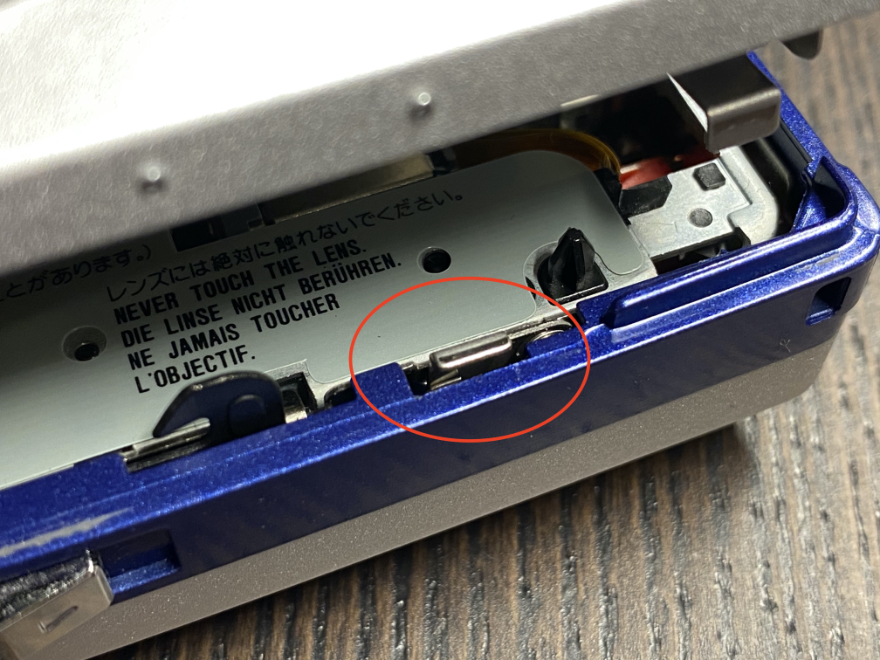 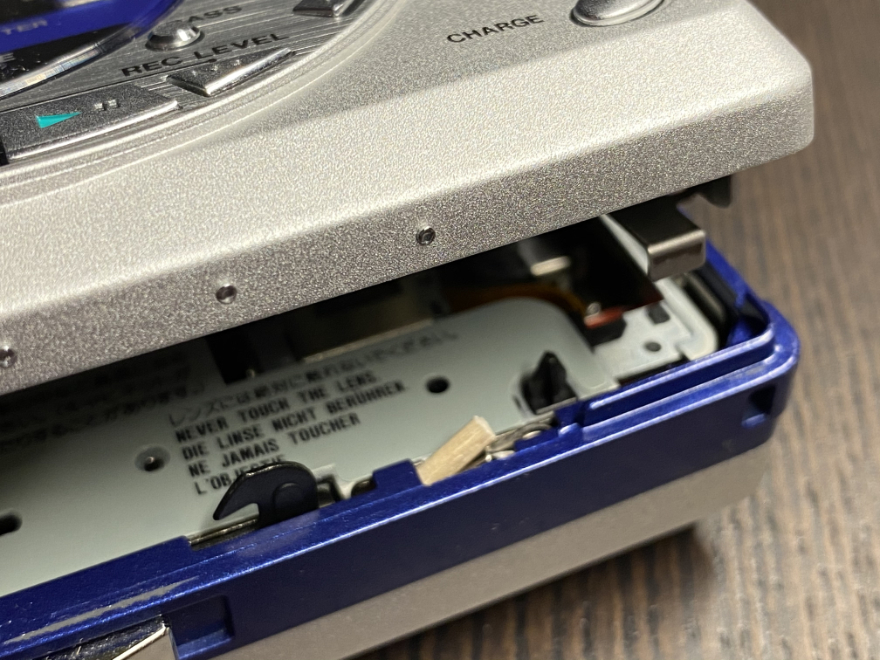 No matter which of the 11 tracks (i.e. offsets) of the good MiniDisc I picked, the player always shows a READ ERROR after a few seconds. It seems the “data” area does not in fact contain any correctly formatted data sectors. Yes, it’s disappointing, but I chose to publish this anyway to counter publication bias, and to maybe motivate someone else to come up with a different method to analyze what’s on these dummy MiniDiscs!

Here’s a question though: What was the point of these dummy promo MiniDiscs? What were they used for?