The Commodore 1600, also known as the “VICMODEM”, is Commodore’s very first modem (1982): It supports 300 baud duplex connections, and is connected to an existing telephone’s handset connector instead of the phone line. This kept the price down, but required the user to dial manually through the phone. 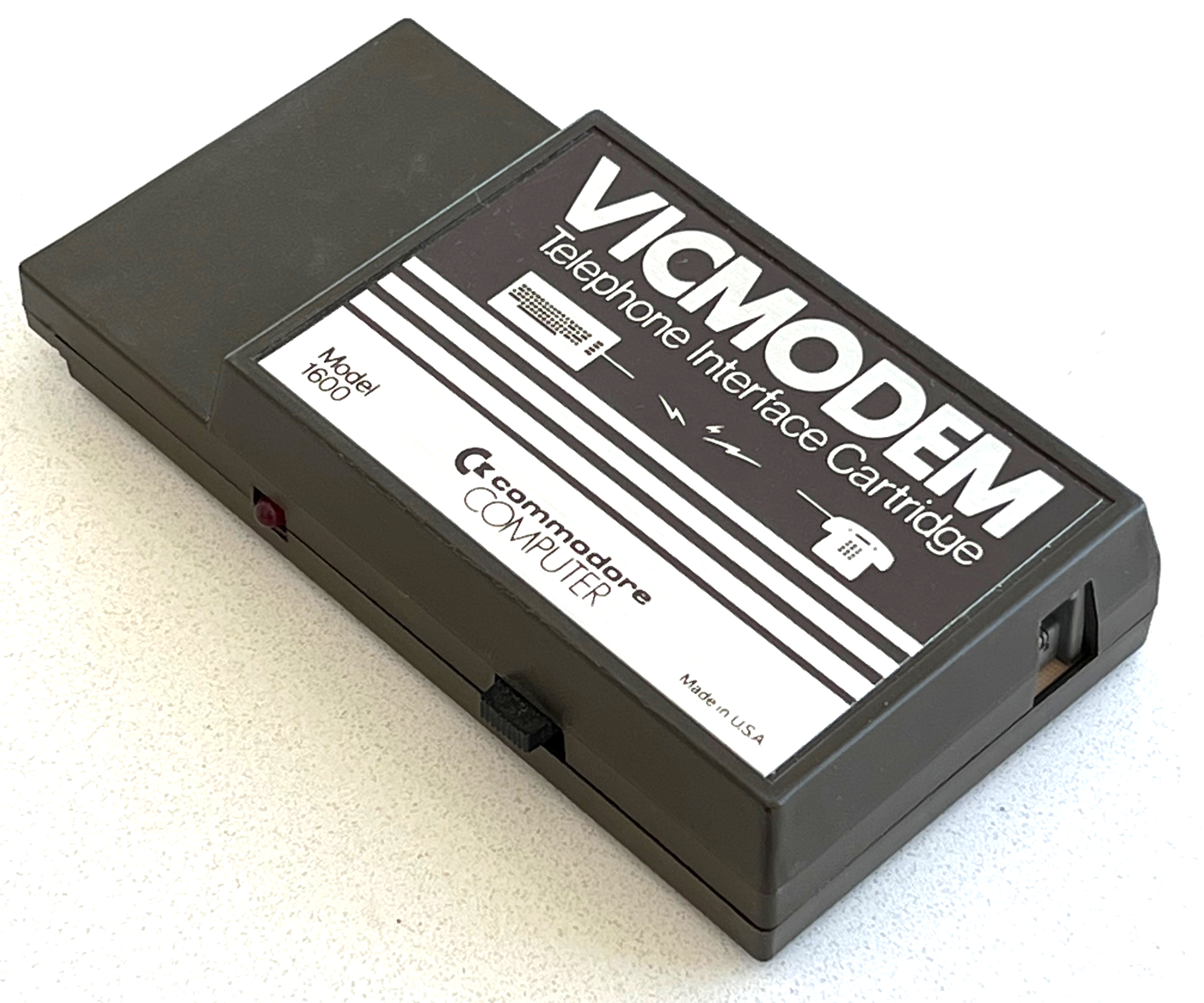 On the back, there is the RJ11C handset connector. On the side, there is an LED indicating that indicates when the phone is transmitting or receiving, and a switch that can be put into the “A” (answer) or “O” (originate) position, depending whether a phone call is supposed to be made or accepted. 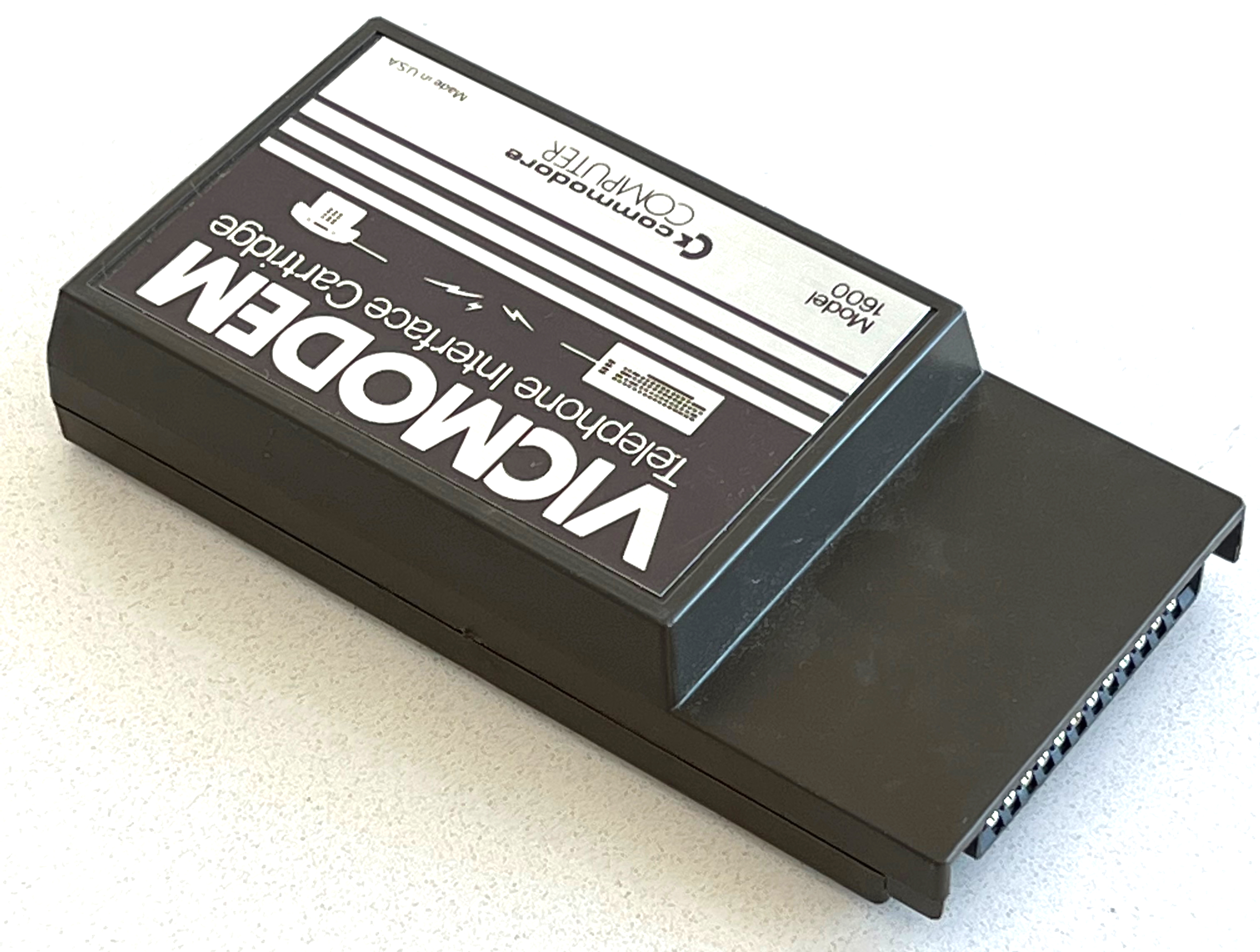 On the front, there is the VIC-20/C64 user port connector. 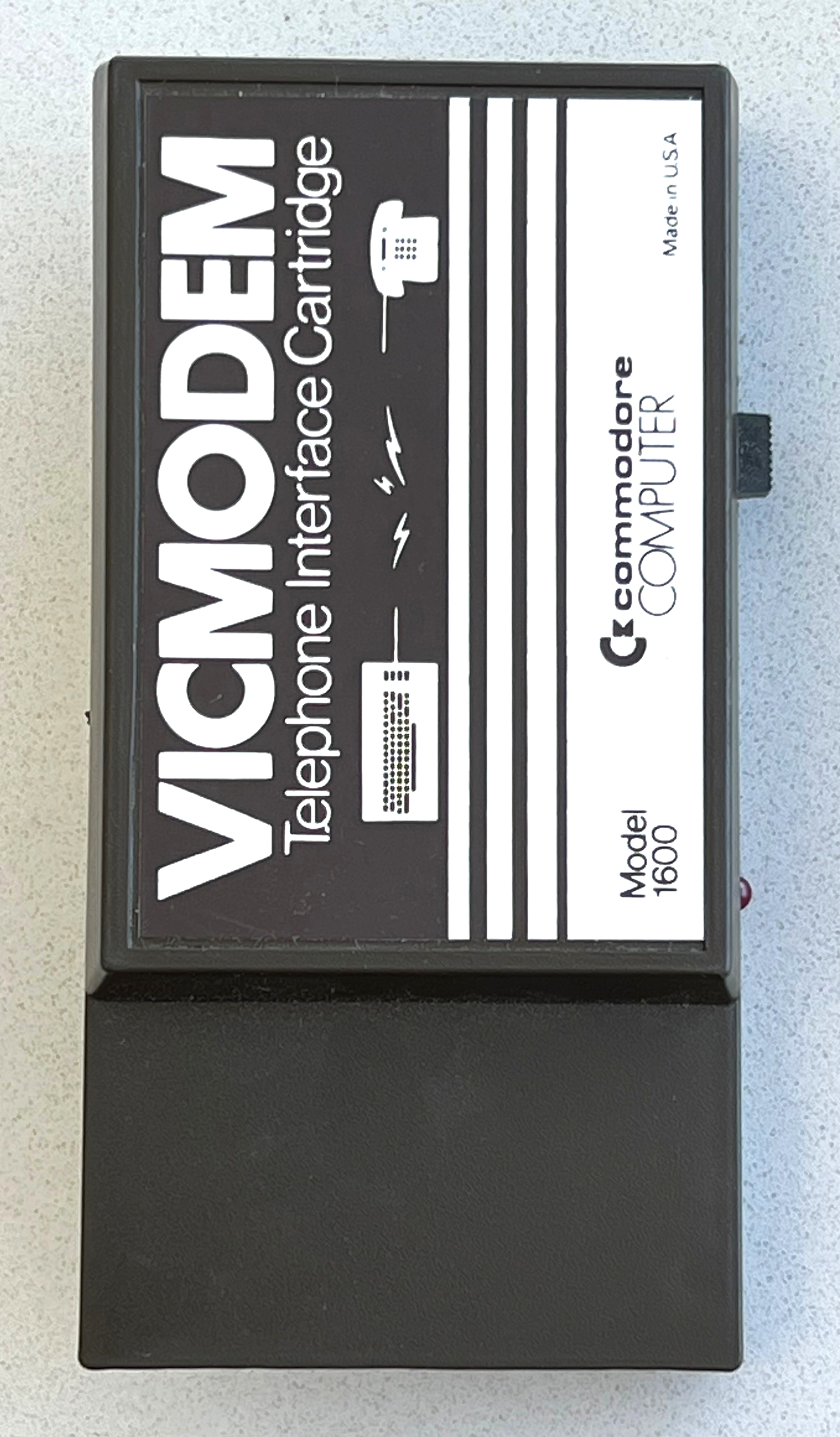 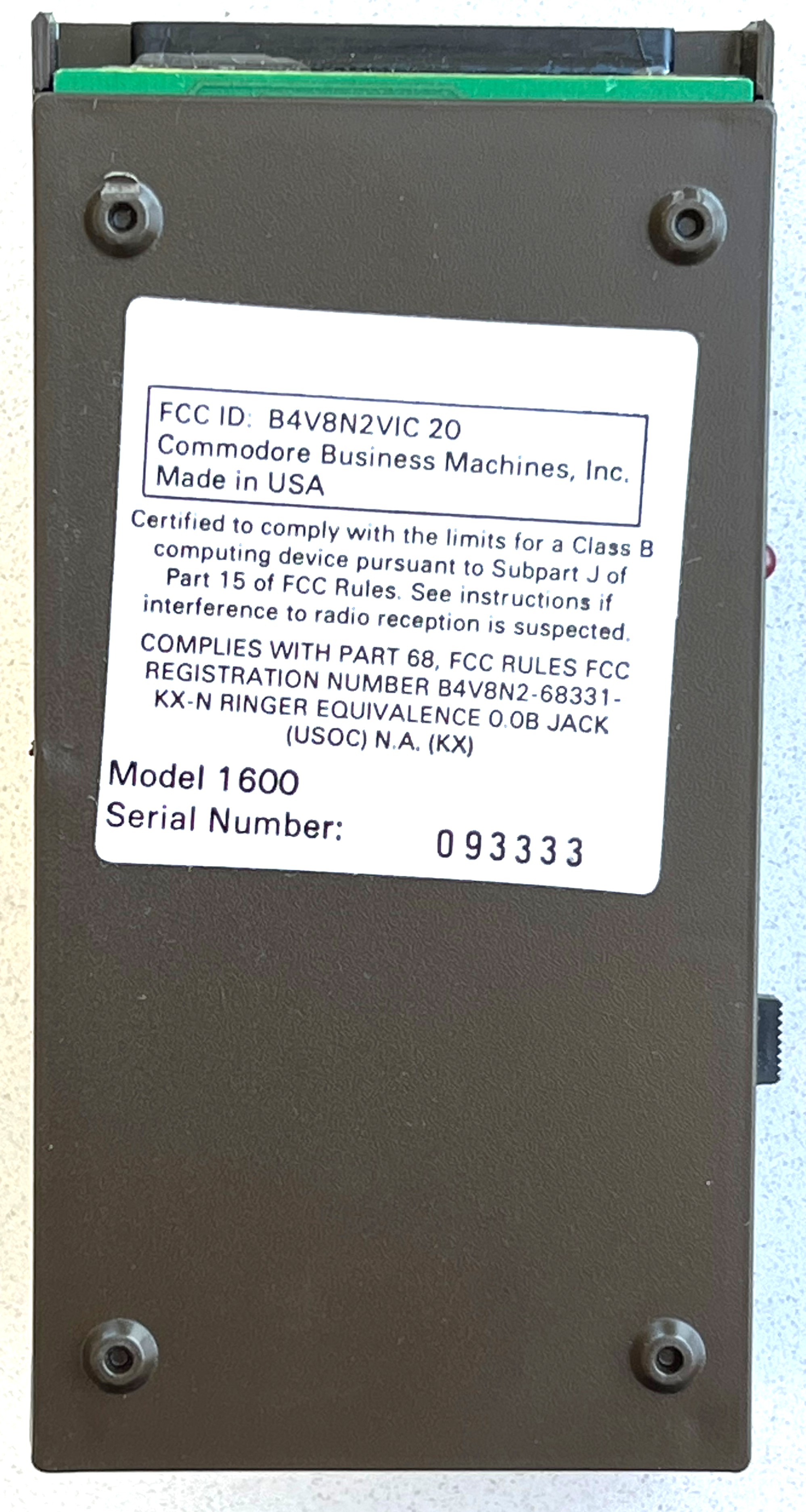 The label on the bottom says:

Certified to comply with the limits for a Class B
computing device pursuant to Subpart J of
Part 15 of FCC Rules. See instructions if
interference to radio reception is suspected. 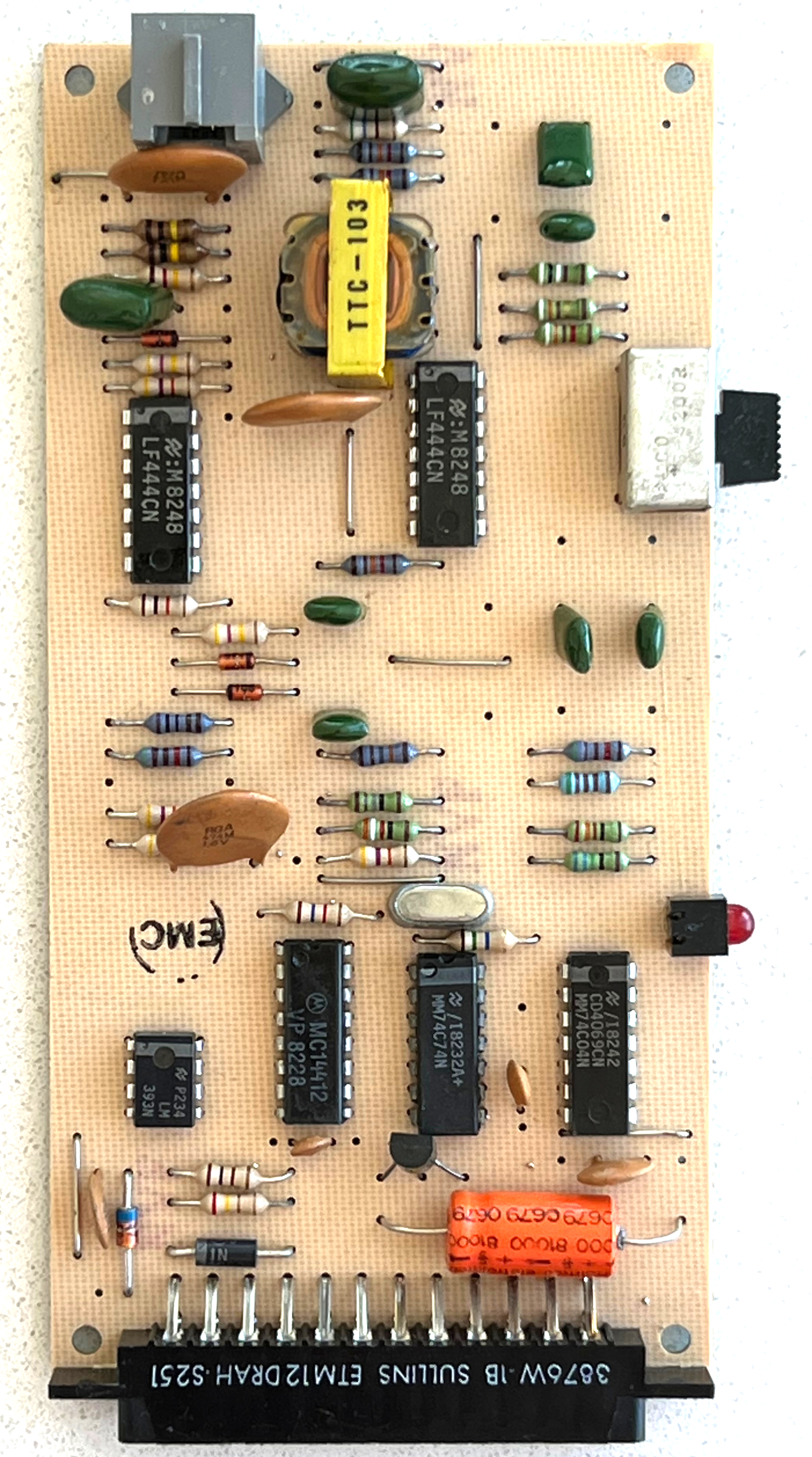 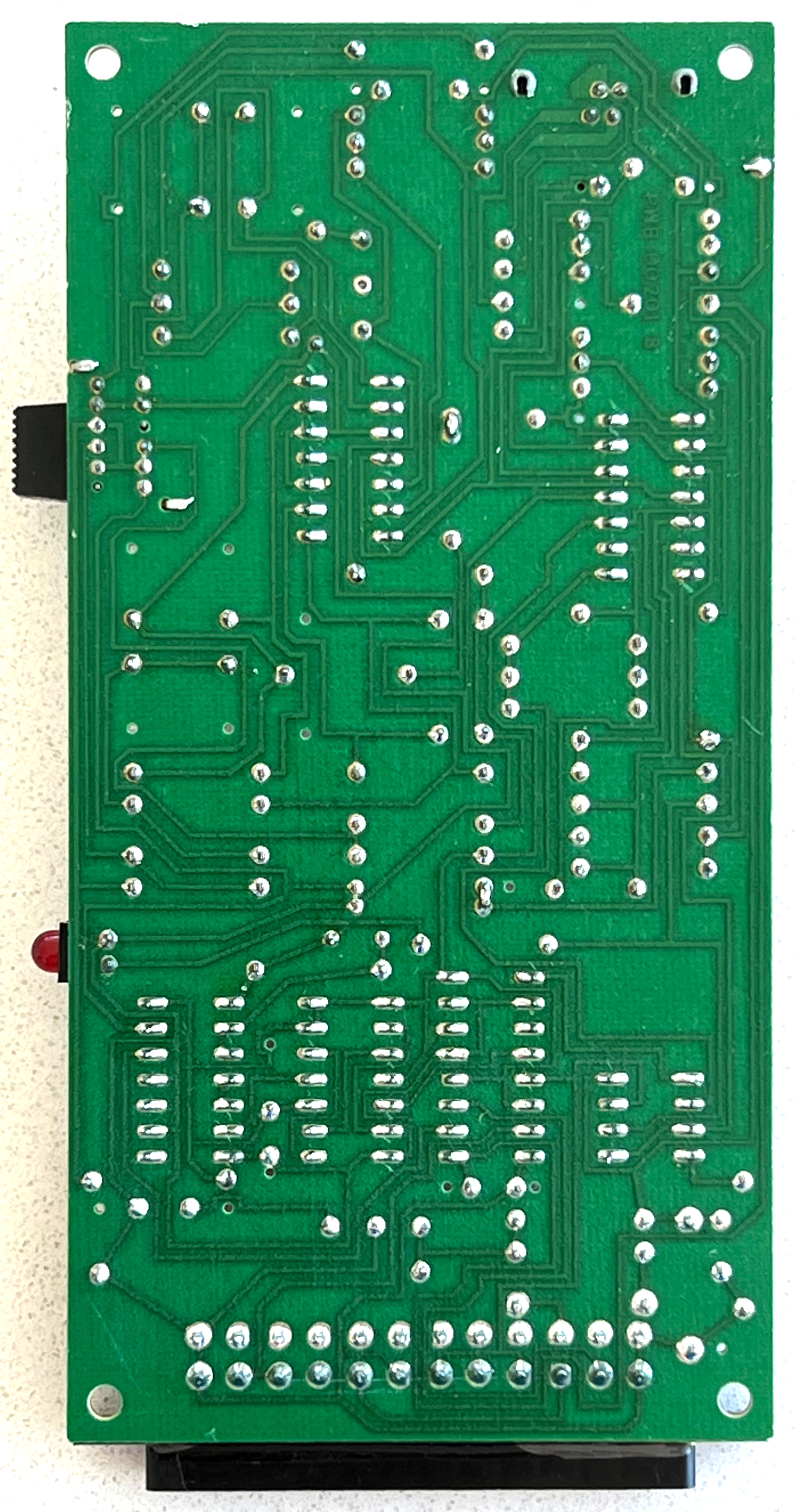 The RJ11 connector on the back must be connected to an existing phone, instead of its handset, like this:

The VICMODEM does not talk on the phone line level, but on the handset level, this reusing the hardware in the existing phone. This allowed the modem to be produced for under $33, so it could be the first modem to be sold for under $1001. 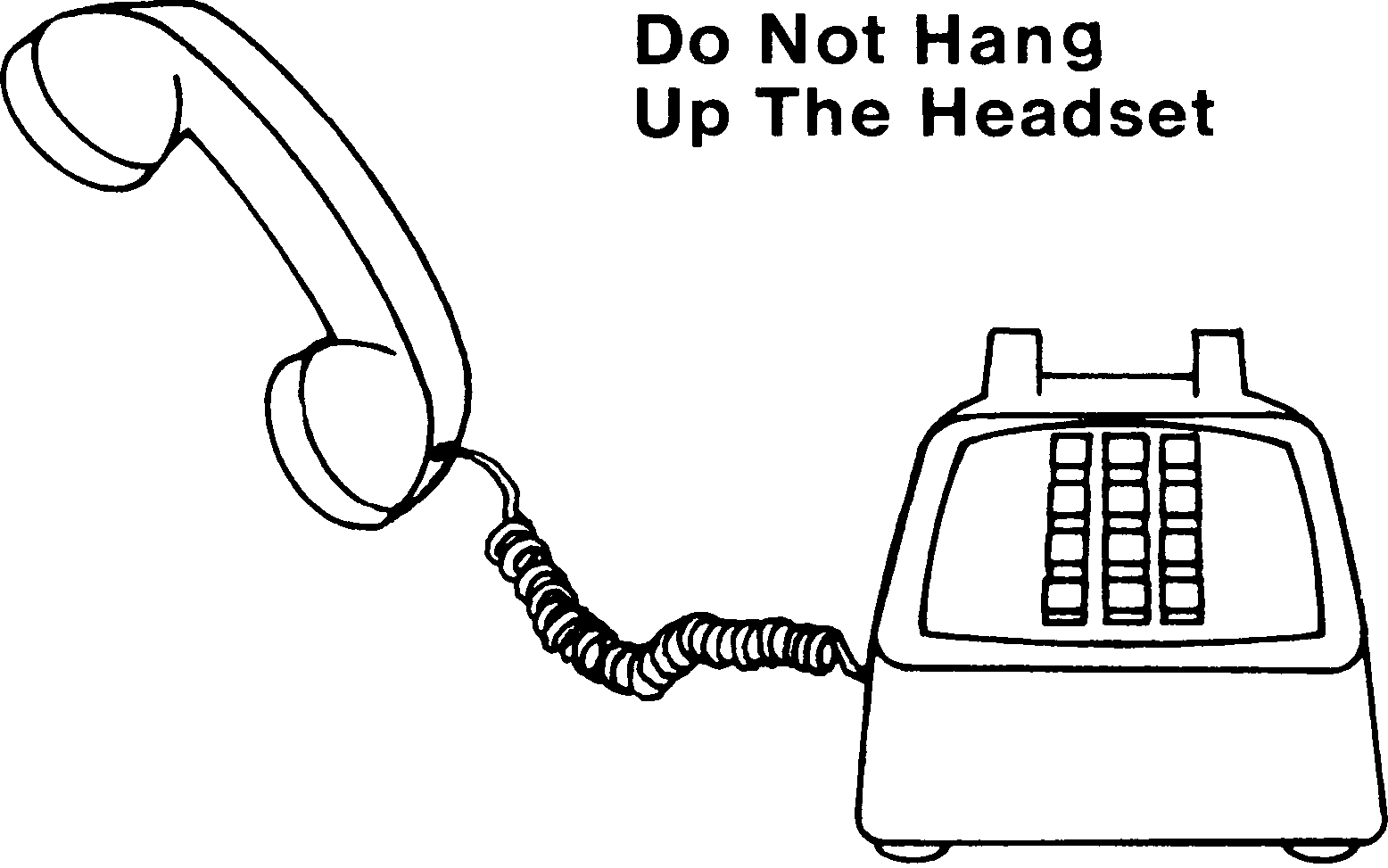 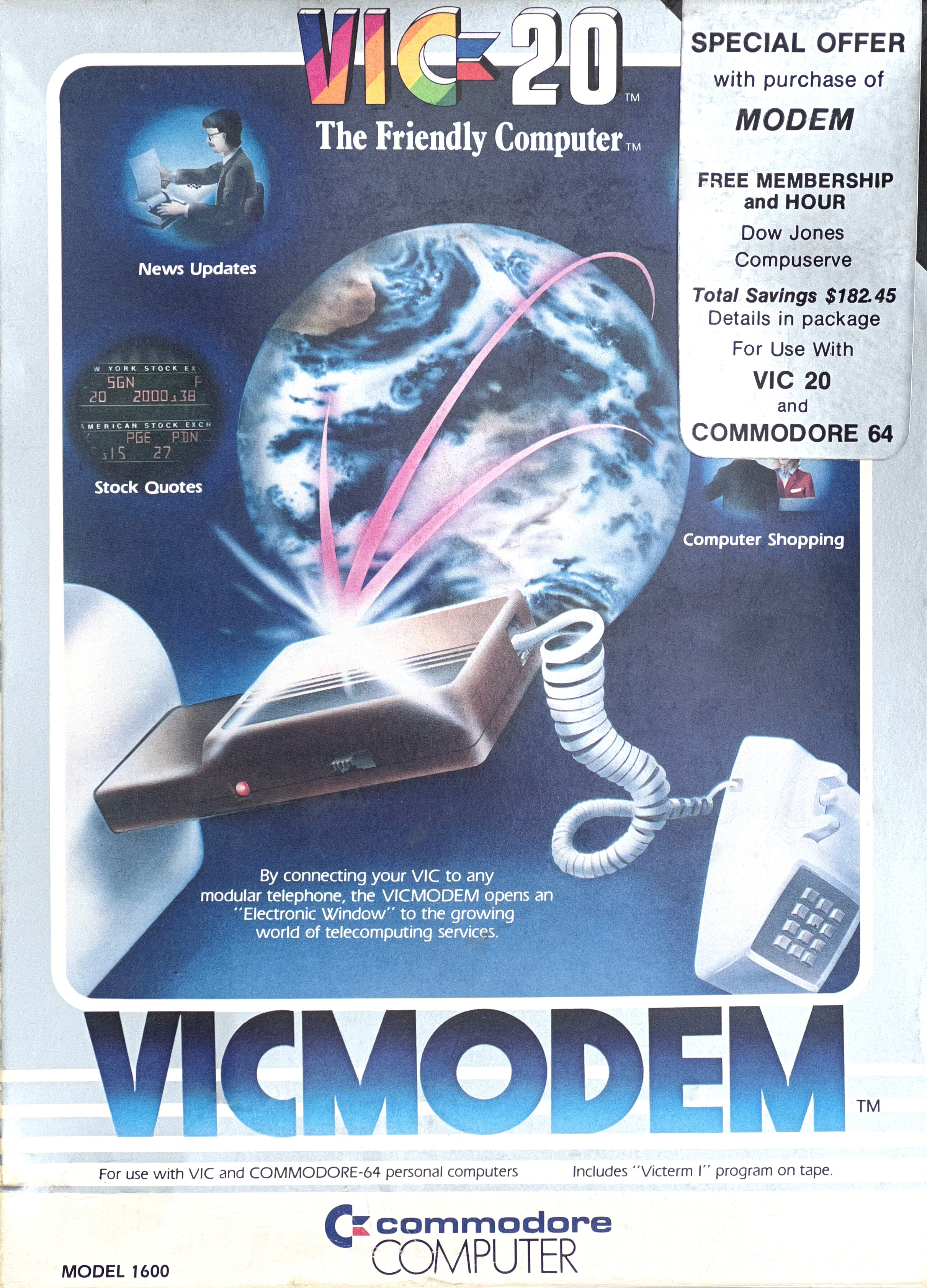 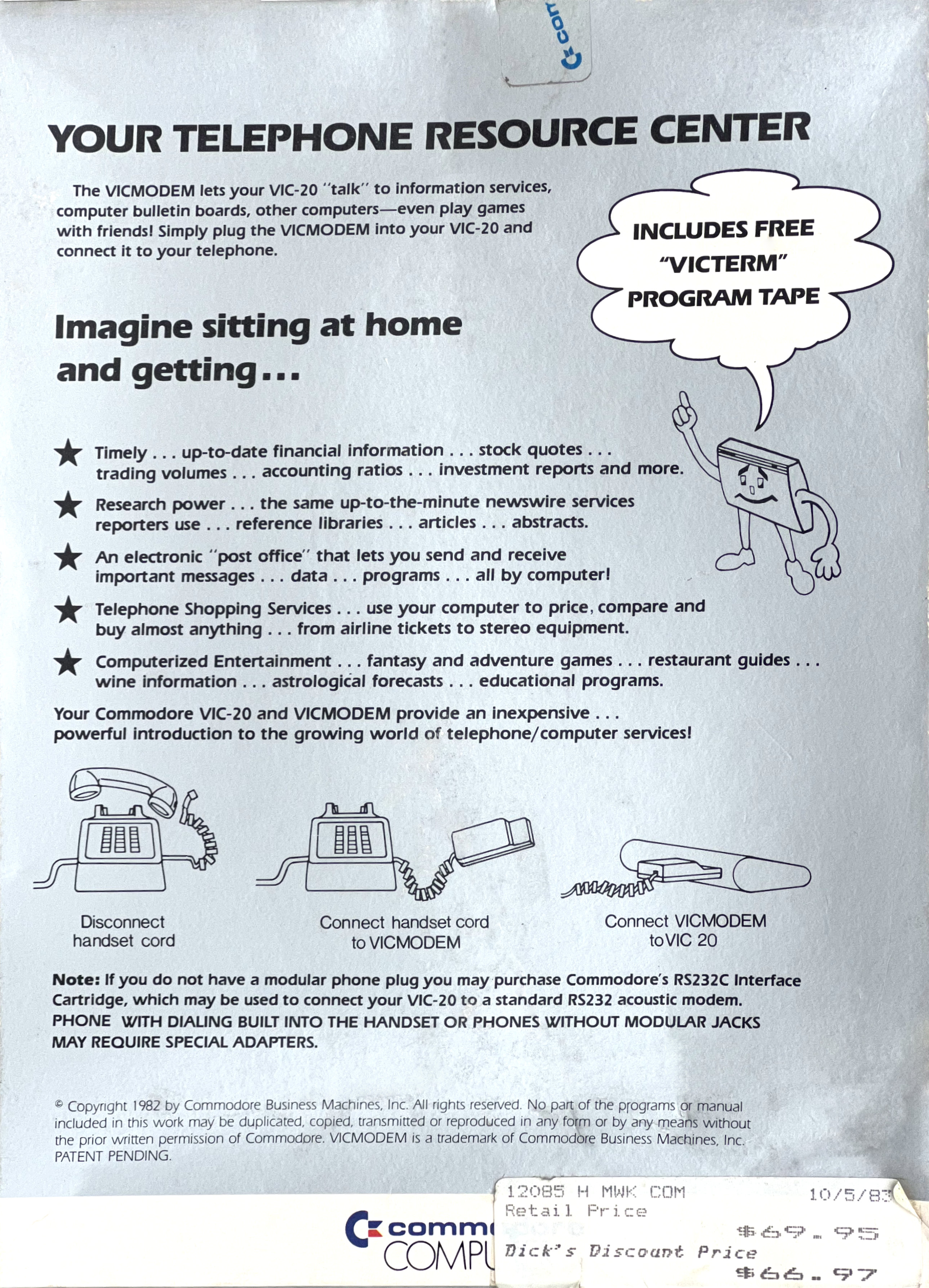 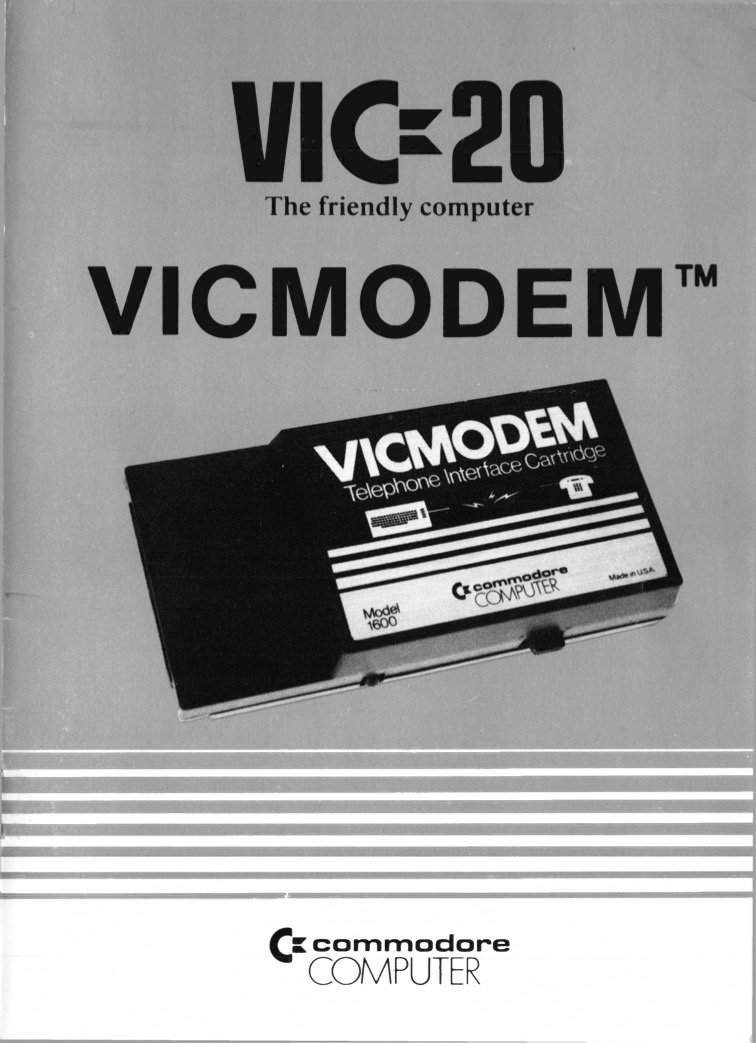 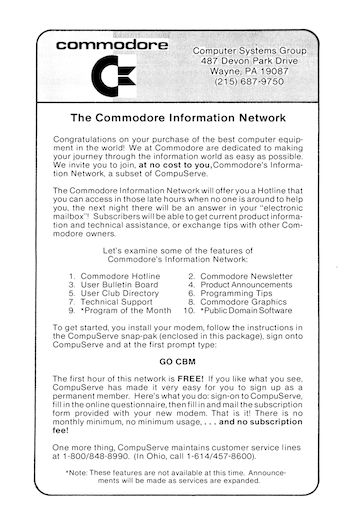 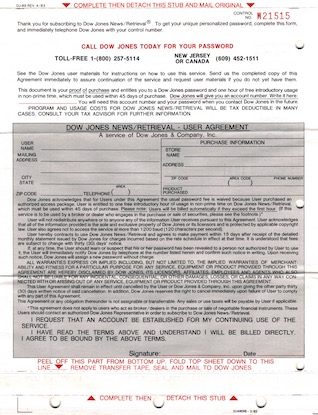 The CompuServe signup form came with the user name and the password pre-filled. We would have been user 75155,731 with a password of FRILL:DOUBLET.