Xbox hacking has made it to the silver screen, and Felix Domke and me (Michael Steil) are movie stars! …and so are at least 14 of my presentation slides!

This a picture from the Julian Assange and Wikileaks movie The Fifth Estate (2013), starring Benedict Cumberbatch and Daniel Brühl, directed by Bill Condon:

“Linux is Inevitable”? Sounds like something I would say. In fact, looks like a slide from my presentation at the 24th Chaos Communication Congress in Berlin in December 2007: 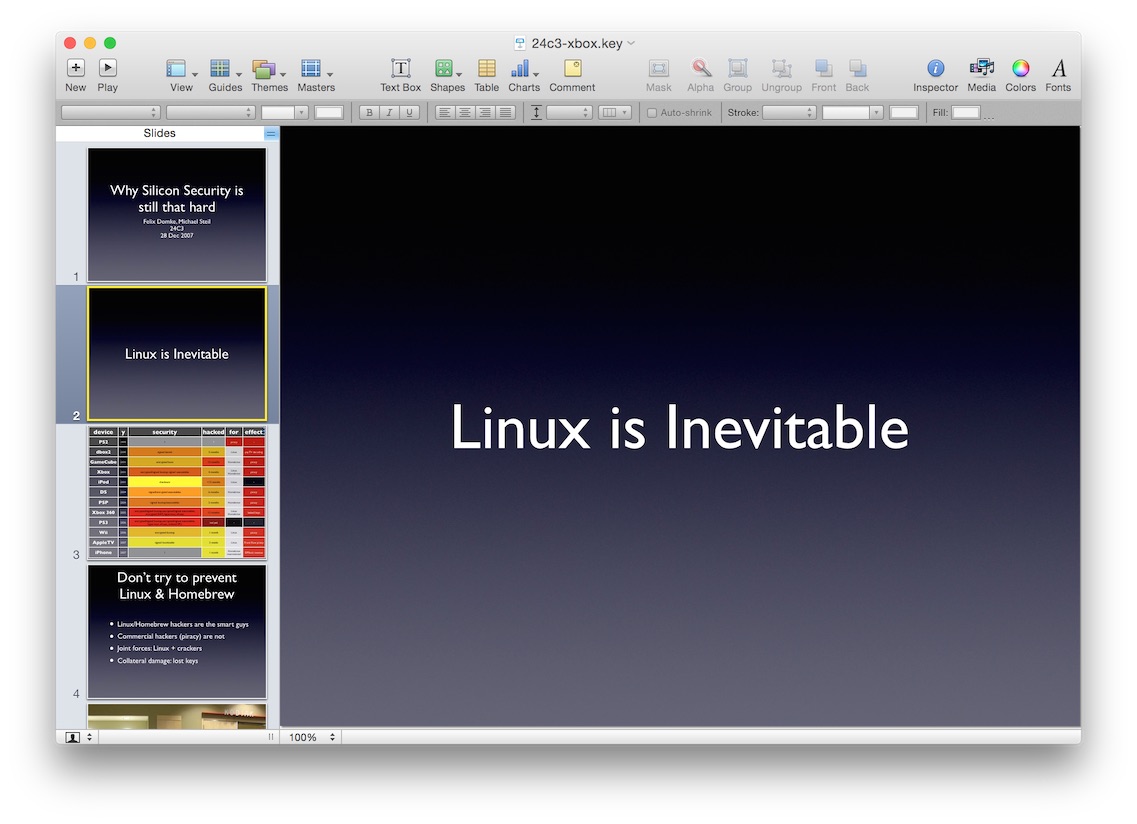 Coincidence? Let’s get some context. The scene in the movie is indeed set at the 24th Chaos Communication Congress (24C3), where Julian Assange (Cumberbatch) presents his vision about Wikileaks in the break between two talks. From the movie’s screenplay (ironically leaked by Wikileaks):

In the movie, the “Xbox Guy” actually shouts “What the hell!” with a German accent.

On the corkboard in the movie, there are about two dozen printed slides.

This is a reconstructed version created from many individual frames of the scene: 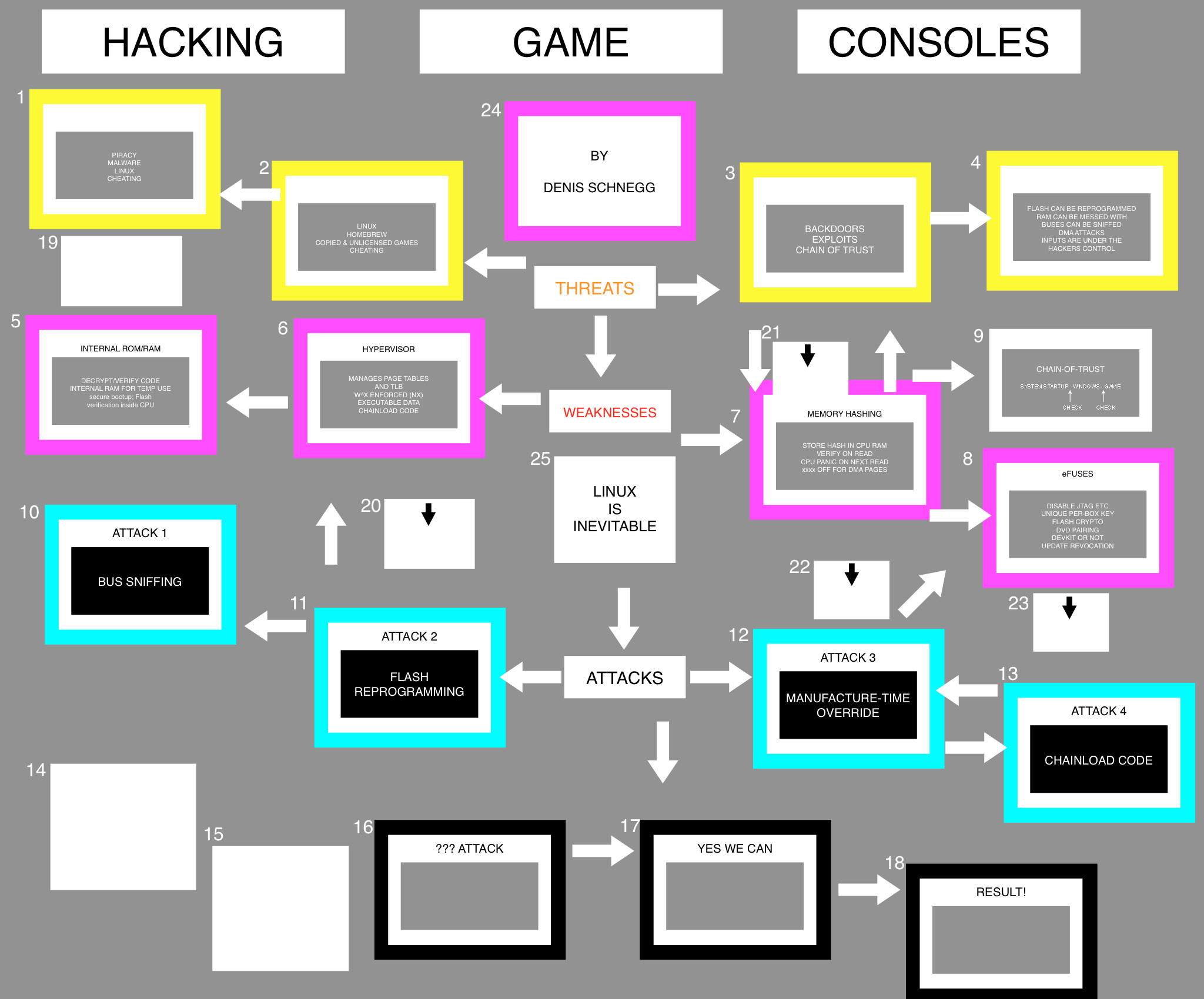 It looks like the “Xbox Guy” is named “Denis Schnegg”, and the name of the talk is “Hacking Game Consoles”.

Most slides I could decipher are direct copies from slides from either our 24C3 talk, or our Google Tech Talk in 2008. Here are the screen captures of the slides in the movie, and the corresponding slides from our talks:

For reference, here are the full presentations the scene in the movie is based on:

The Xbox 360 Security System and its Weaknesses (Google TechTalk)

P.S.: This dialog was cut from the movie: