My last blog post showed the Zuse Z3 (1939-1941), the world’s first working digital Turing-complete computer. Let’s go back two more steps: The Zuse Z1 (1936-1938) shared its design with the Z3: It read its program from punched film and used floating point as its internal representation of numbers. But since it was all mechanical, it never worked reliably.

Just like the Z3, the Z1 was destroyed in the second world war. The Deutsches Technikmuseum in Berlin has a replica built by Zuse in the 1980s – but it’s not working either. 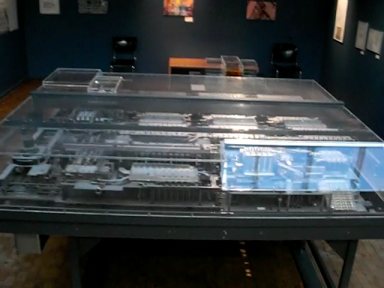 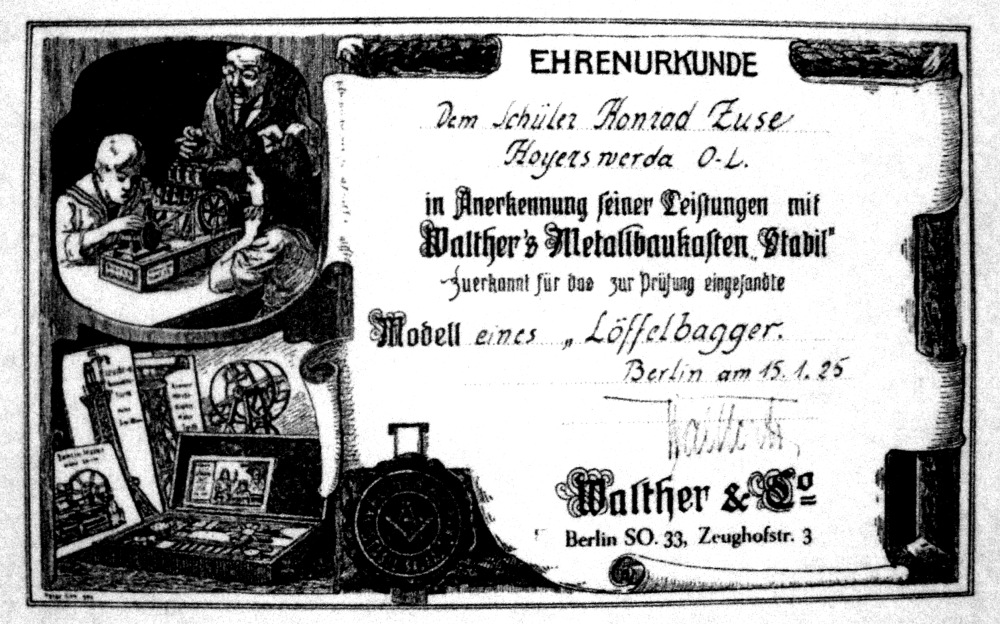 In 1925, Zuse receives an award document for his shovel excavator from the firm Walthers Metallbaukasten. 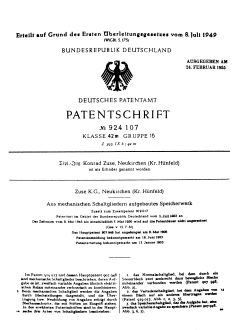 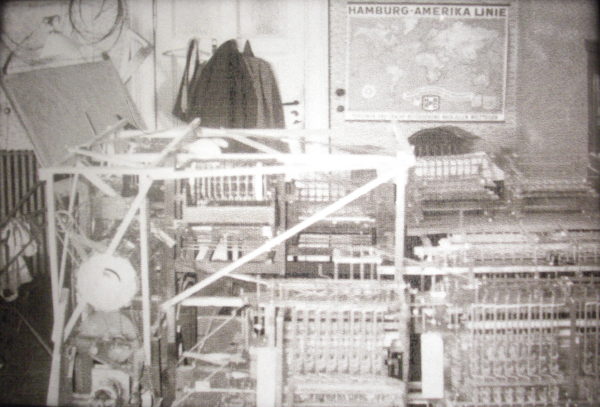 1 thought on “Zuse Z1 at the Deutsches Technikmuseum”