“Magic Voice” is an expansion cartridge for the Commodore 64 that can speak 235 predefined words. Here are some pictures. 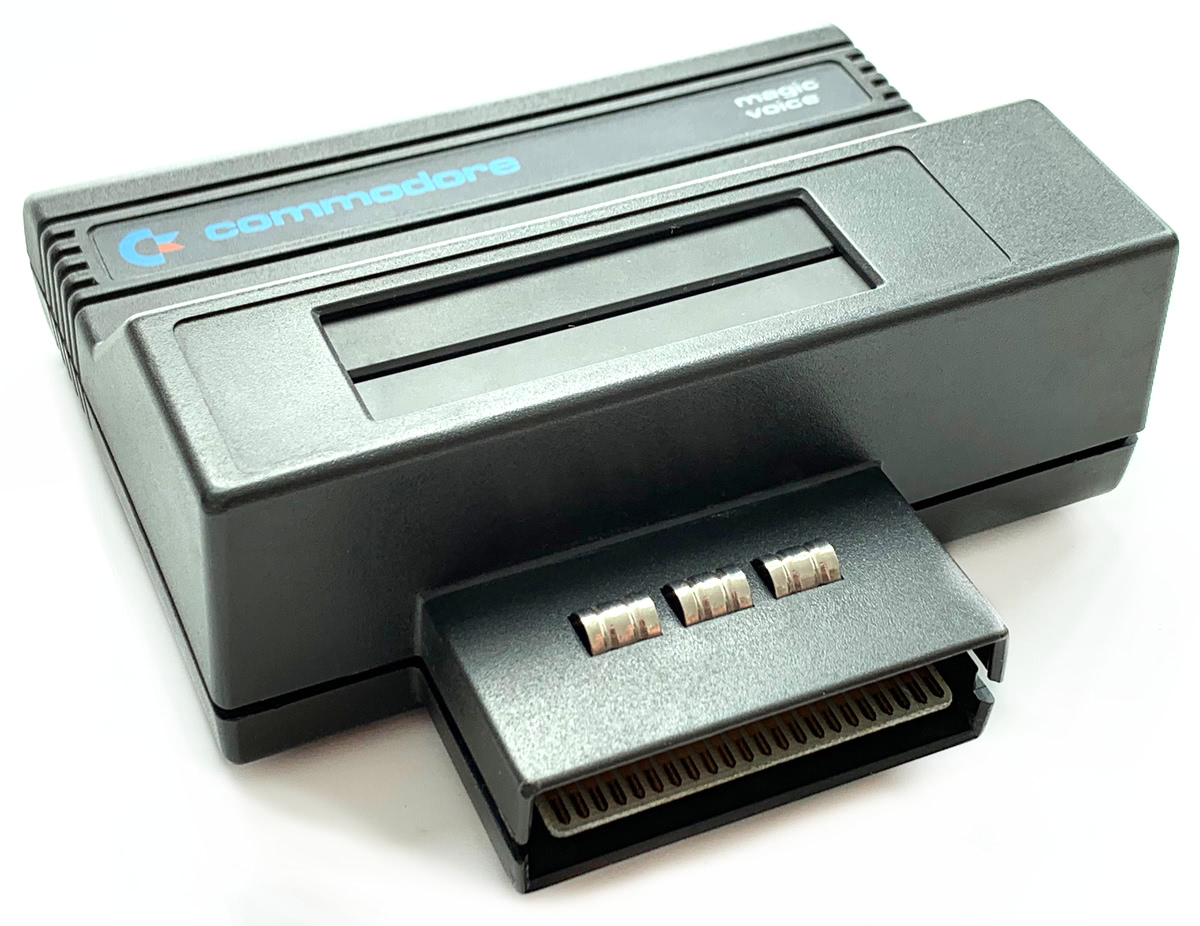 Magic Voice does not combine words from phonemes, but contains 235 prerecorded words in a 16 KB ROM. It was meant to be used with tape, disk or cartridge based software that made use of the extension, but few titles were released.

Without any extra software, the speech features are accessible through added BASIC commands.

The canceled Commodore V364 was supposed to ship with the same speech Toshiba T6721A chip and a similar driver ROM. 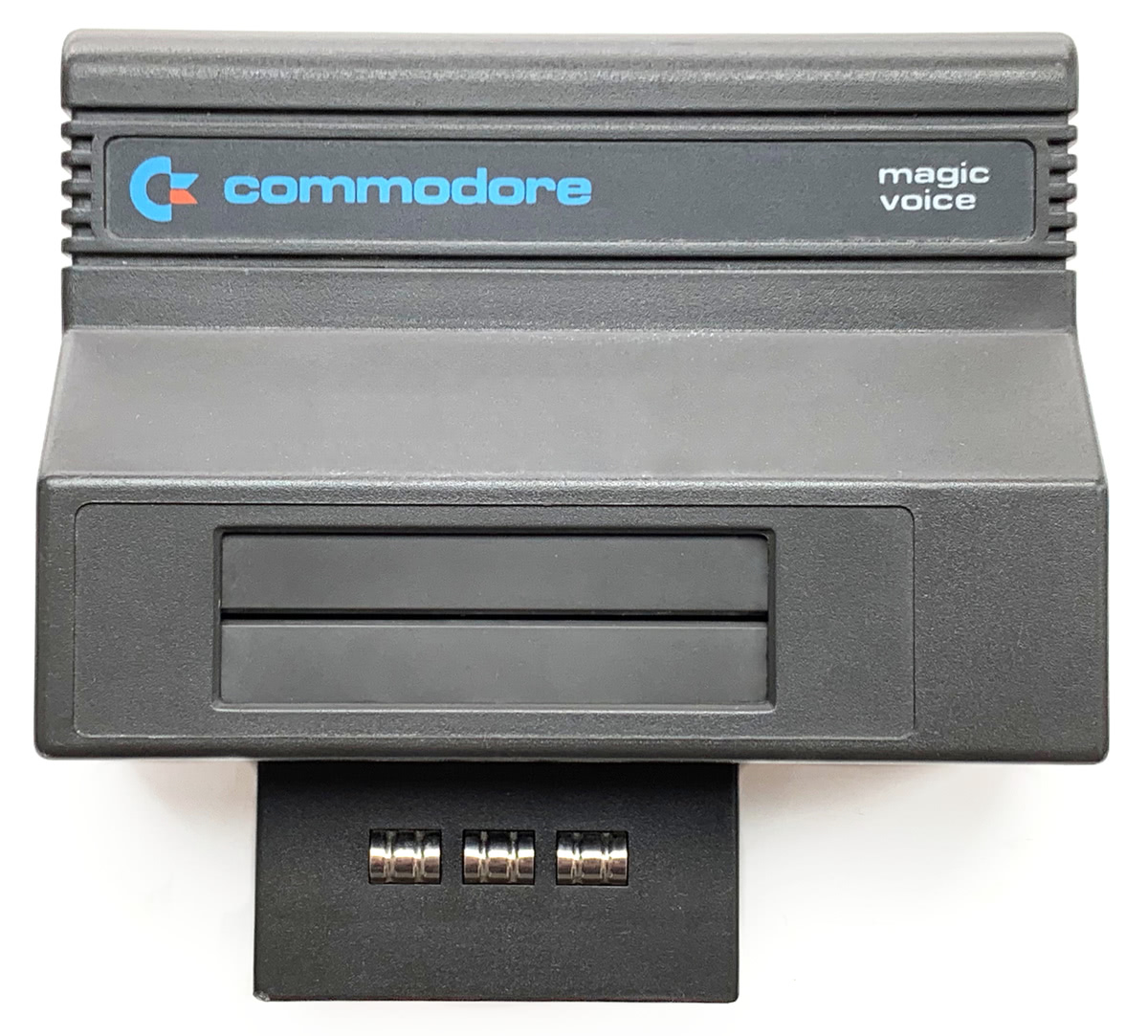 The case has a passthrough connector on top, which allows using the speech feature in cartridge-based applications. The label says “Commodore Magic Voice”. 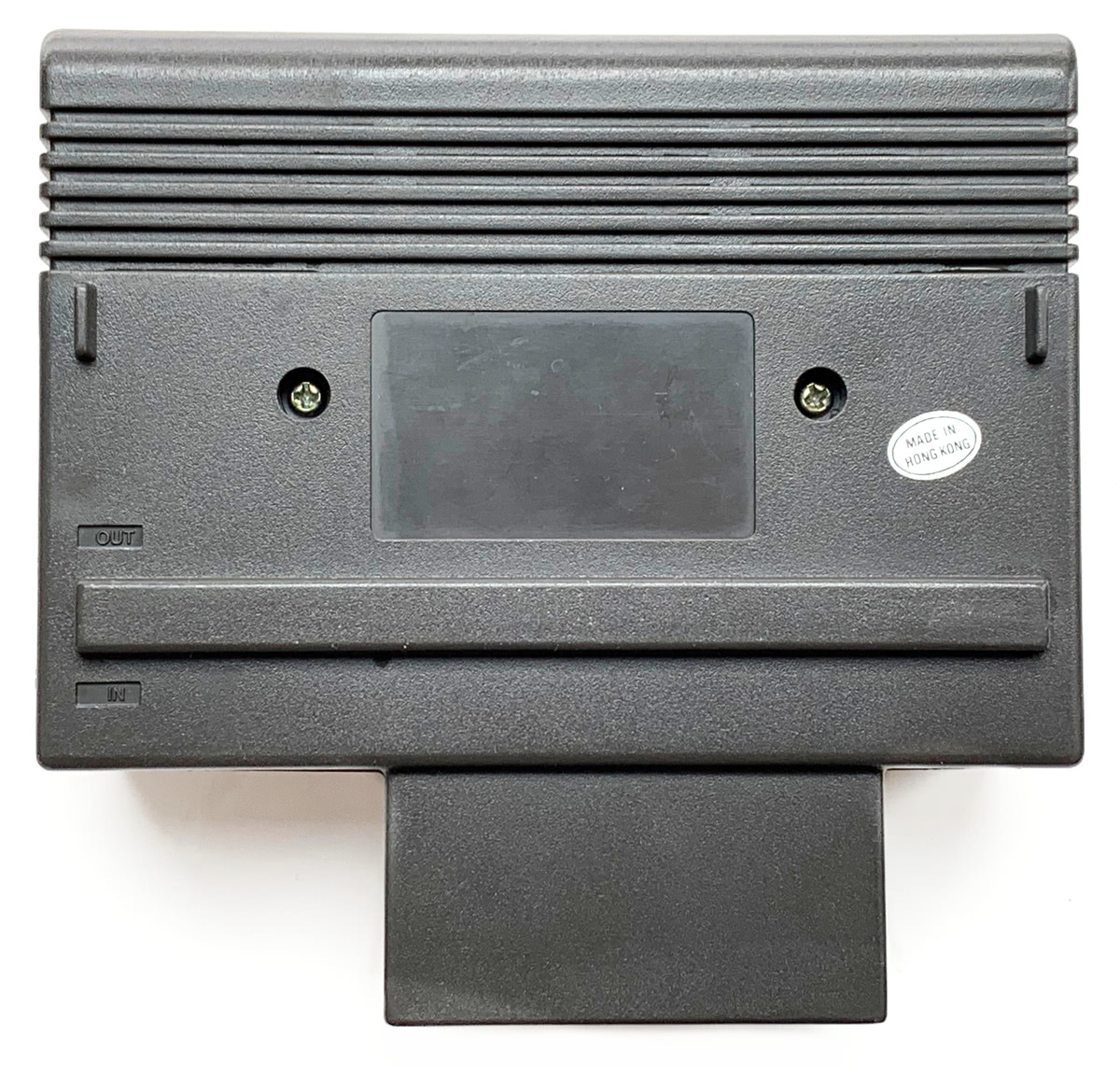 There is no label in the designated area on the bottom. A small sticker says “MADE IN HONG HONG”. It also contains the names of the two connectors on the side: “OUT” and “IN”. 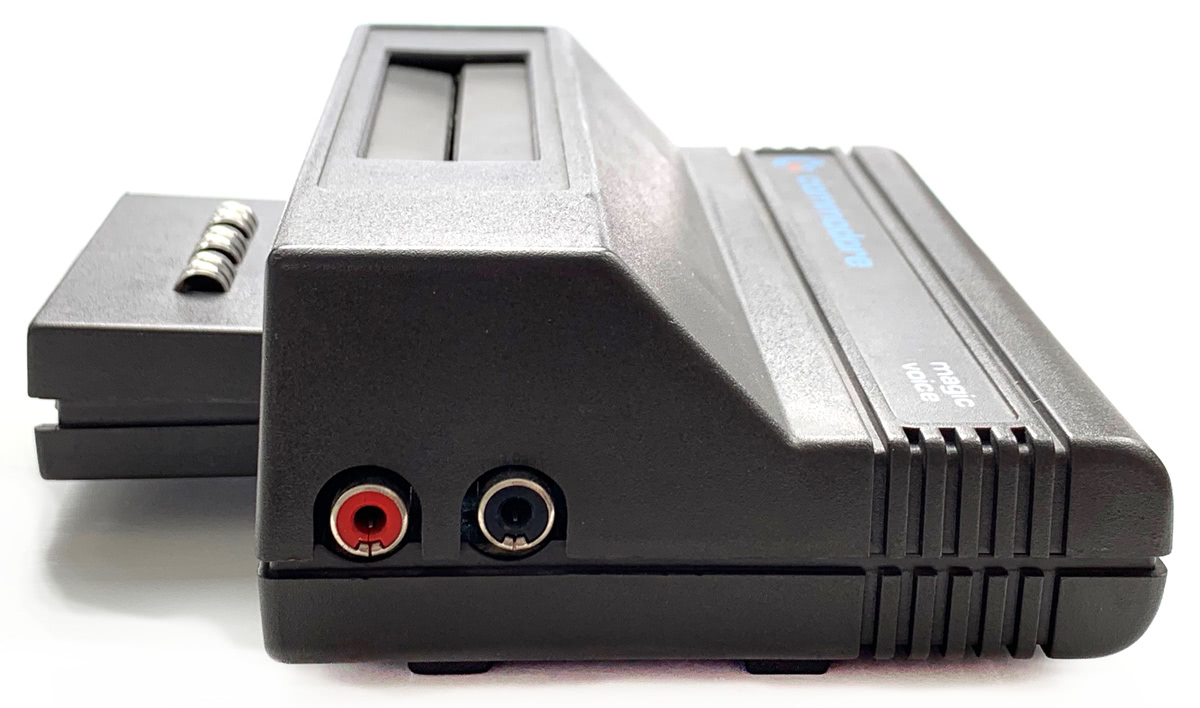 The Audio In (red) and Audio Out (black) RCA connectors are on the side. 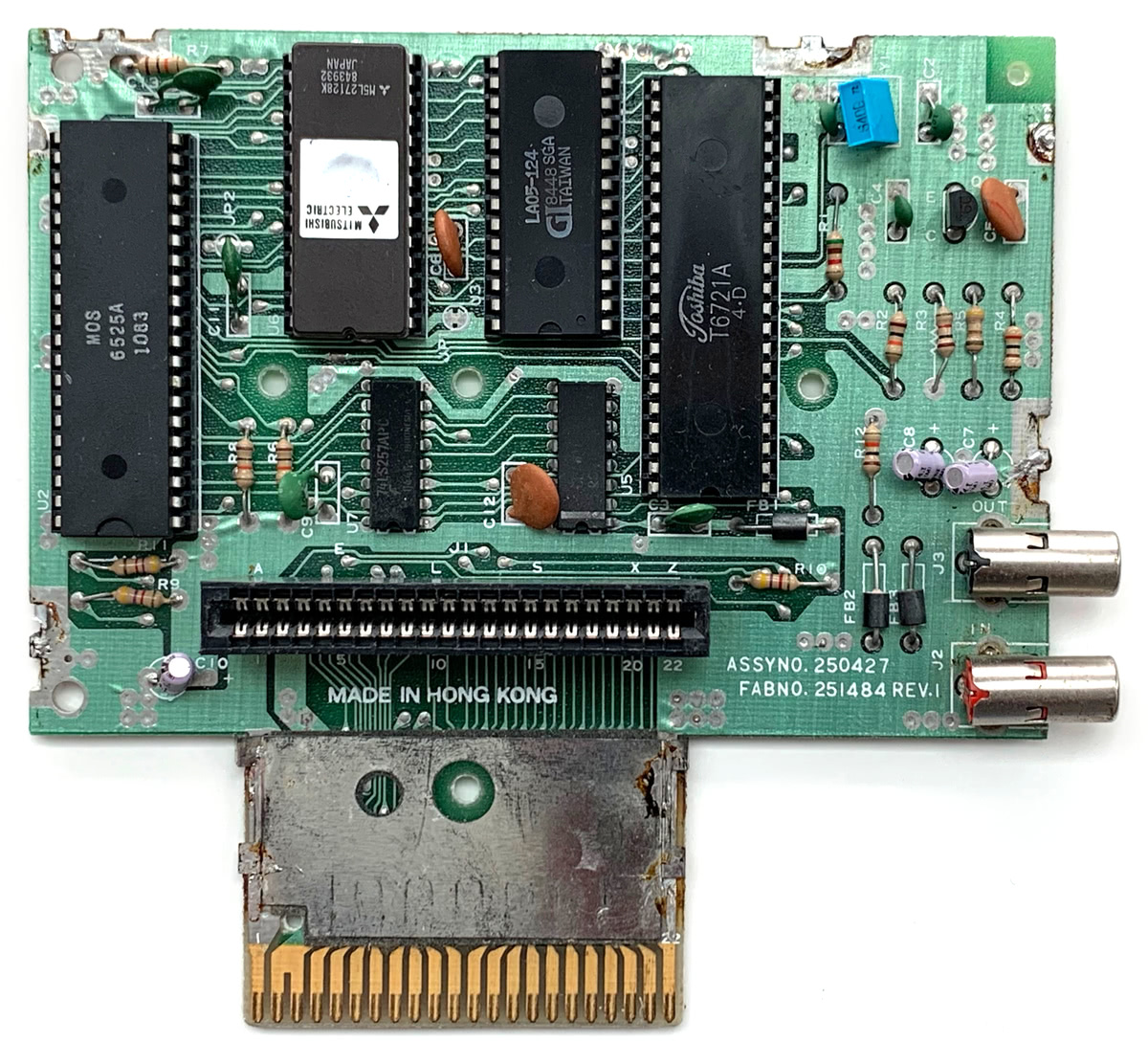 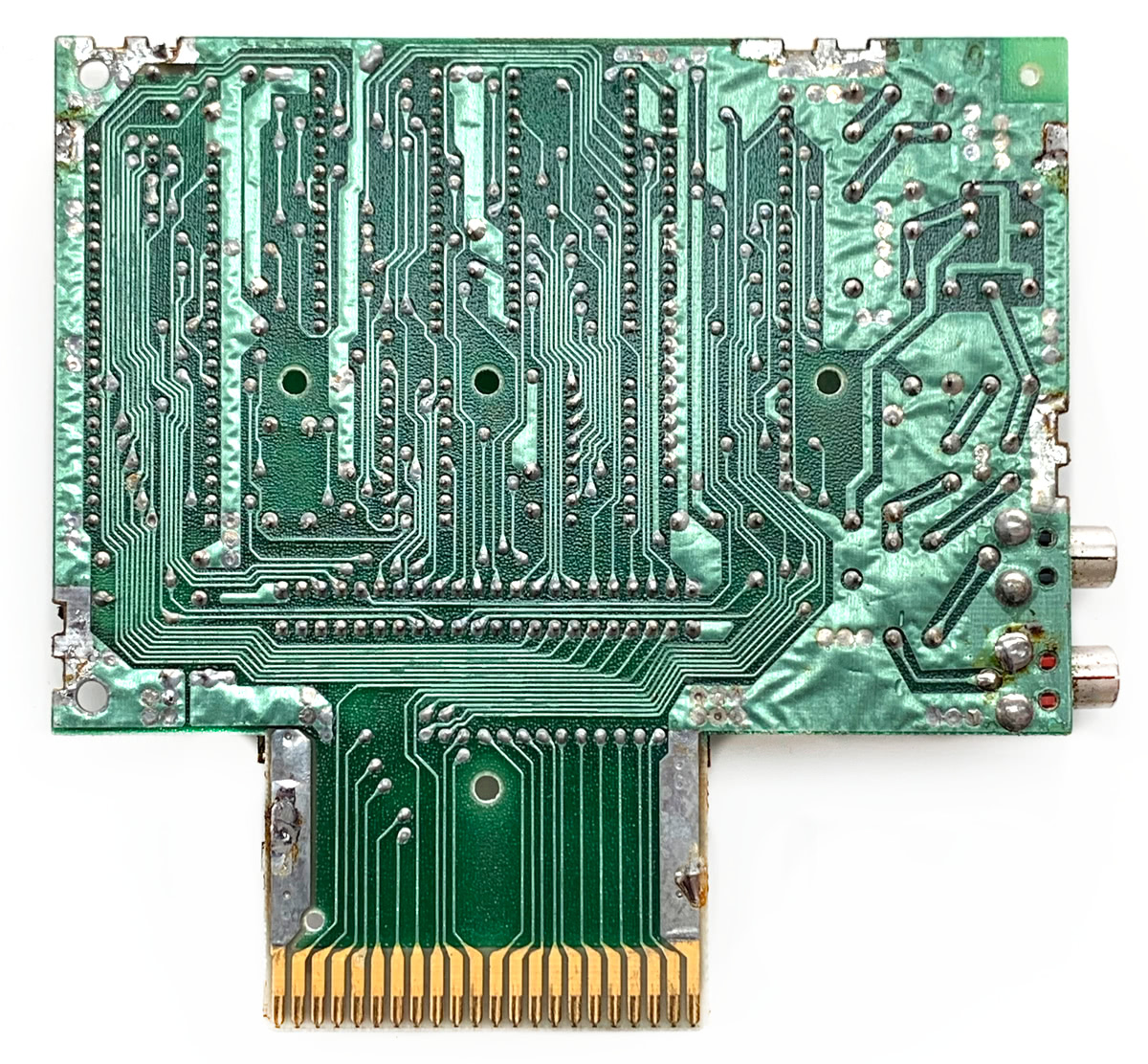 VICE supports the Magic Voice cartridge by giving it the ROM from zimmers.net:

Then you can make it speak all words with