I have previously analyzed the ROM images of some third party disk drives for the Commodore 64: The result was that most of them were just using the original binaries with some obfuscation, and some with some added features. This time, let’s look at another drive, the “Technica”, which is a little special in this regard.

The most common alternative to Commodore’s de-facto standard 1541 drive was the Oceanic OC-118N, whose hardware was an exact clone, and which was using the original Commodore firmware – except that some data pins of the ROM were shuffled, so that reading the ROM would not immediately give away that it’s an exact copy.

The German Company “Westfalia Technica” sold an after-market enhanced version of the OC-118N with a parallel port and an enhanced ROM.

From the outside, the “Technica” looks just like an Oceanic device (OC-118N on top, Technica below): 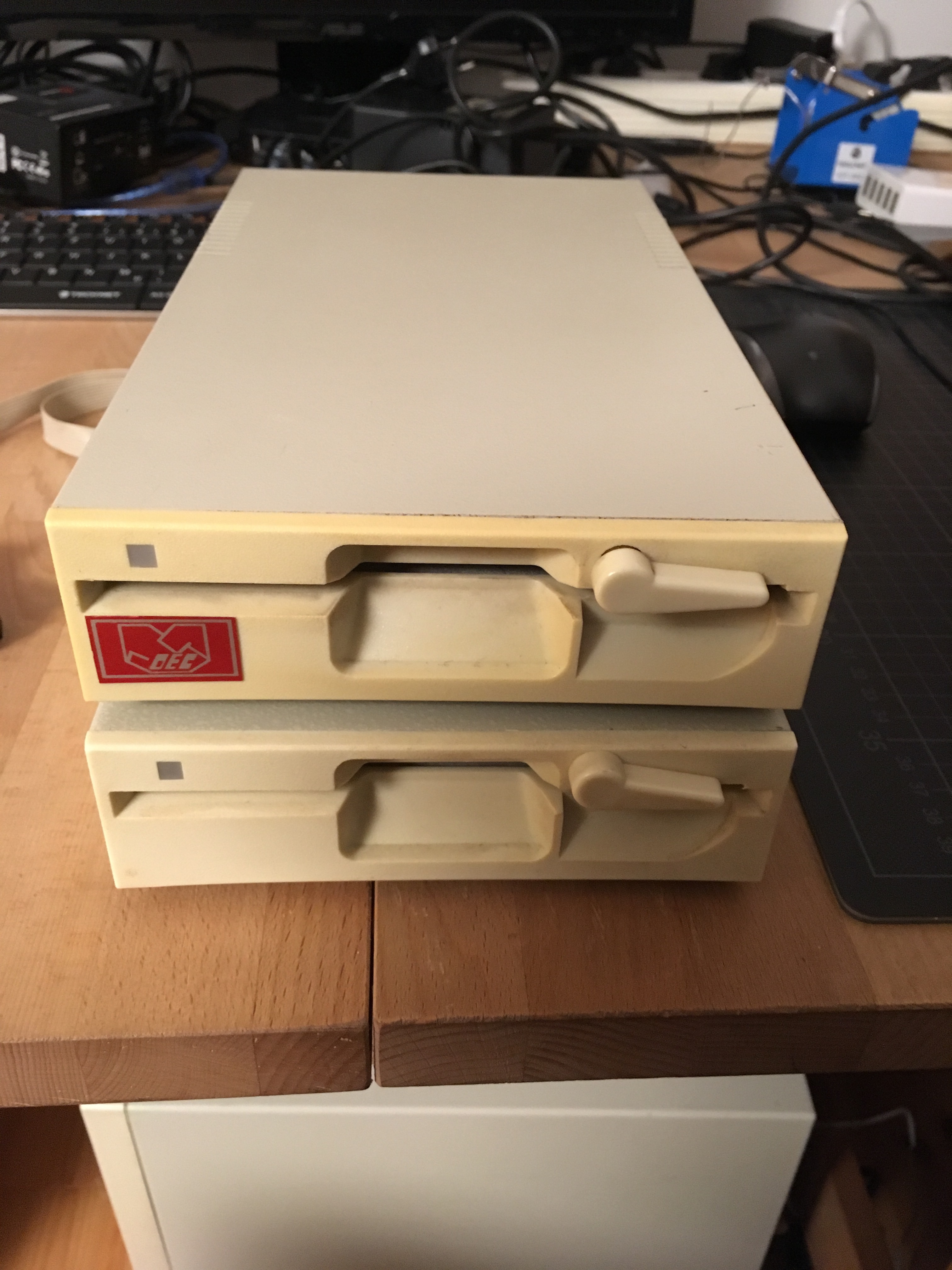 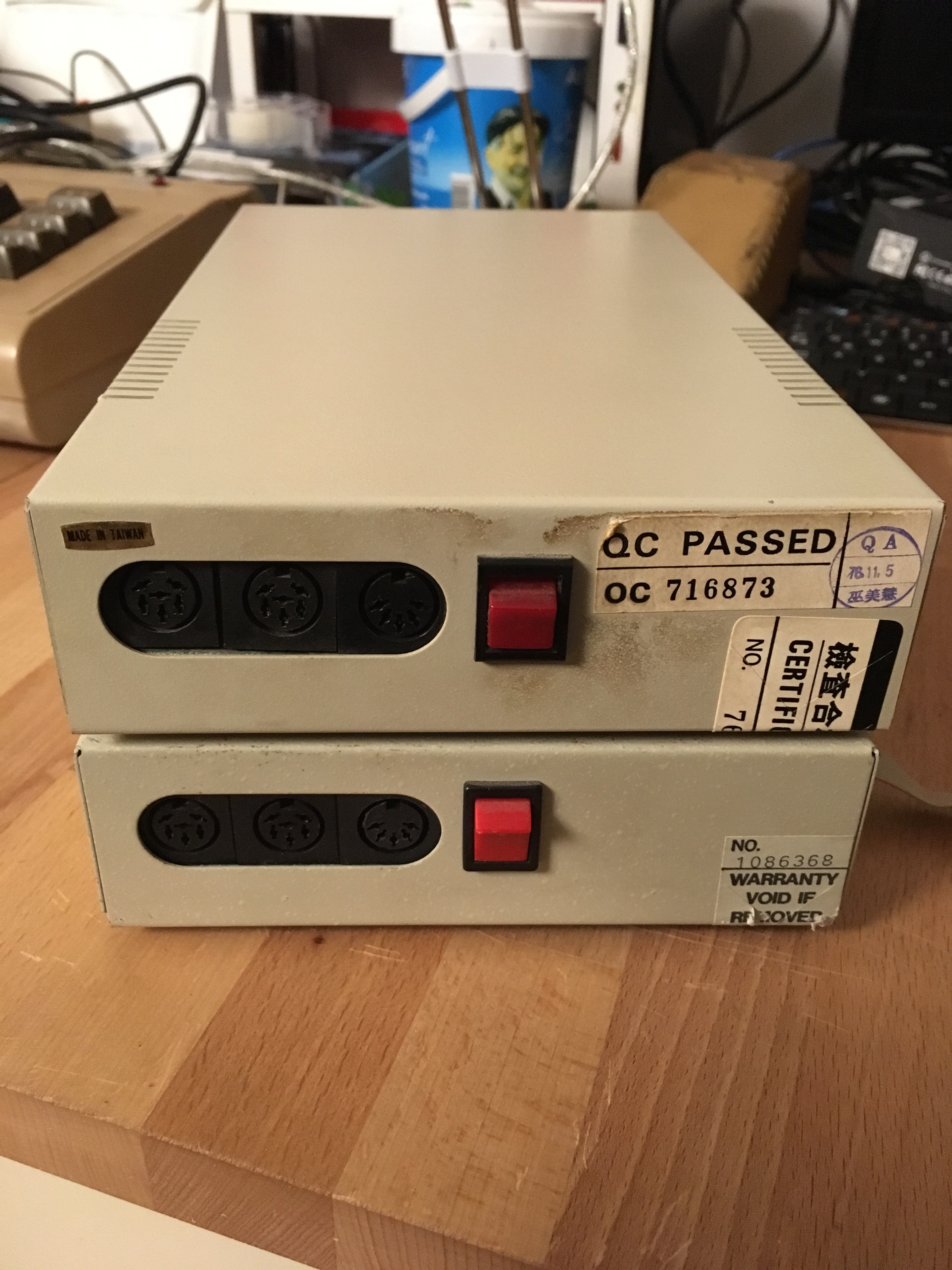 The Technica has an added parallel cable though: 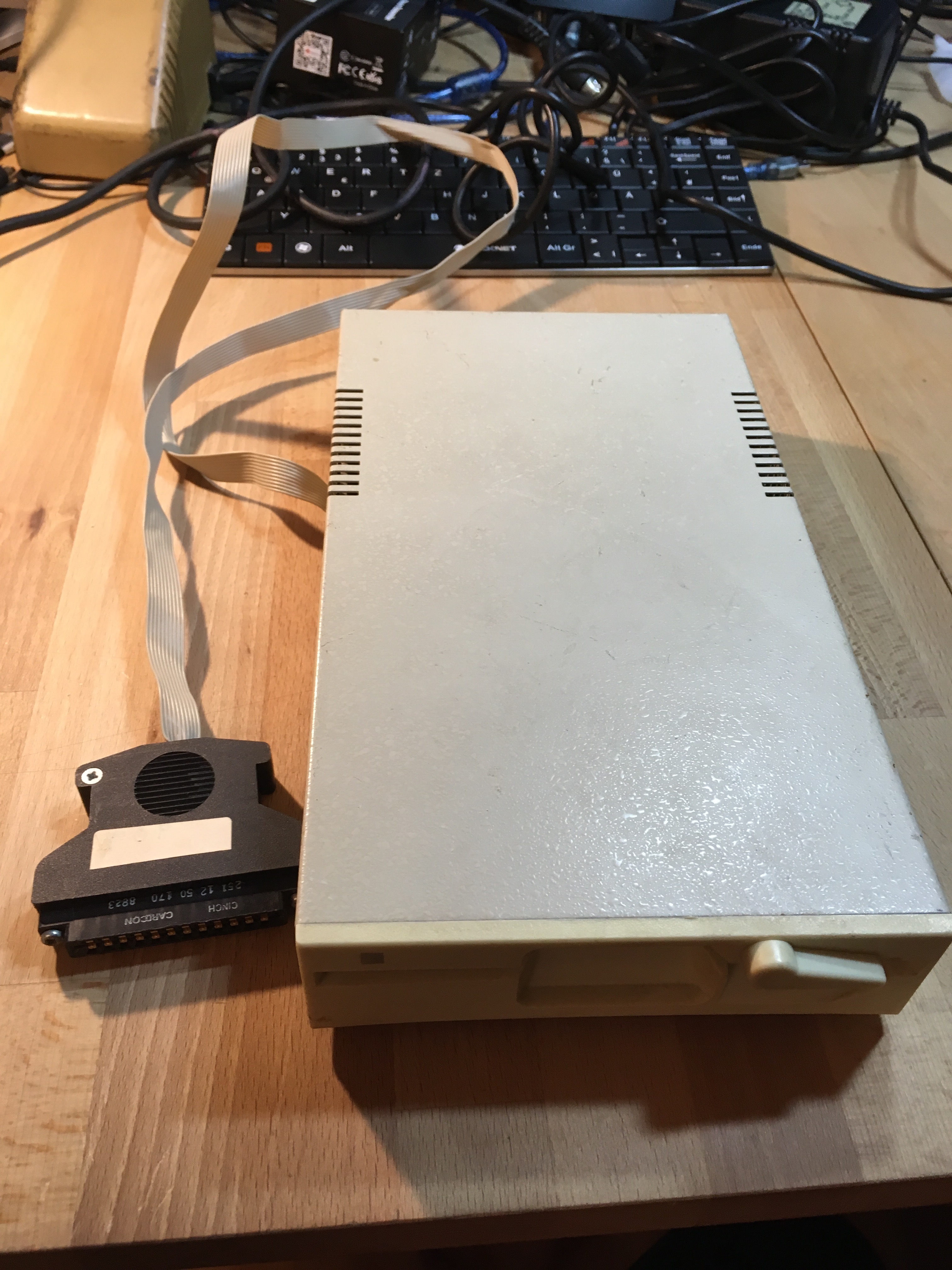 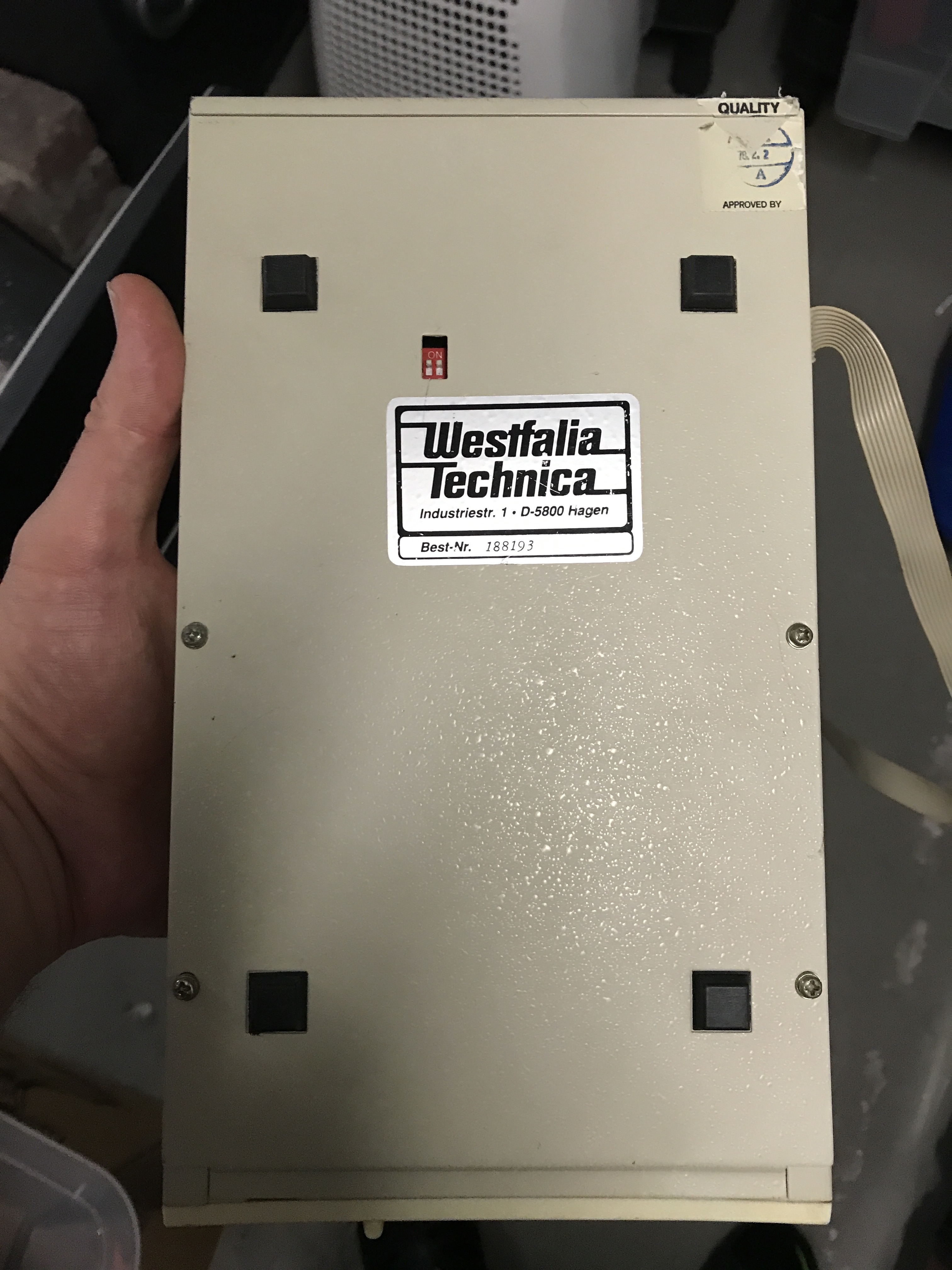 The inside reveals a standard OC-118N board with a crudely added parallel port and an EPROM that says “Technica DOS Plus”: 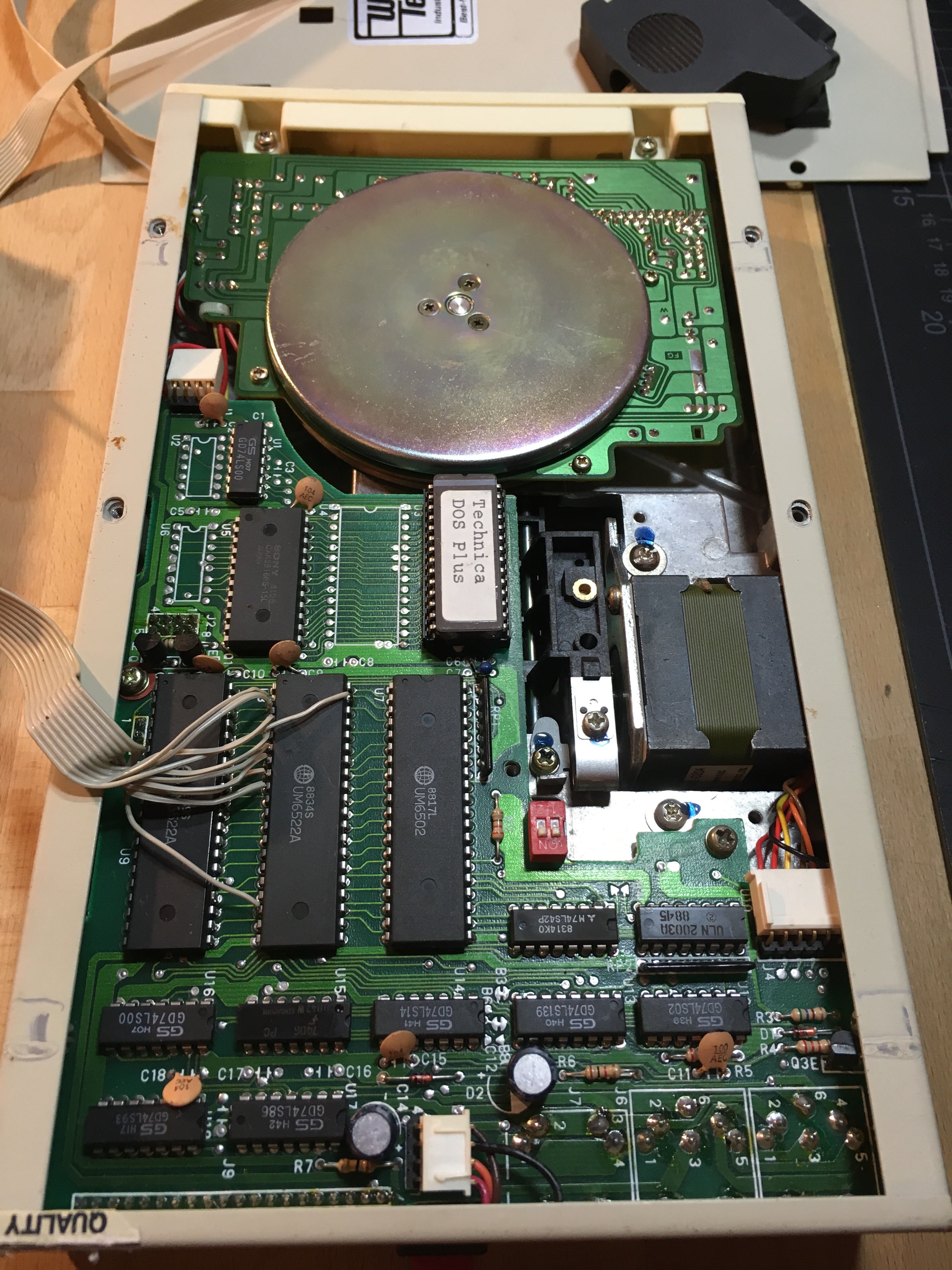 These are the contents of the ROM, with the data lines unshuffled, the way the CPU sees it:

The ROM is based on the -05 version1 (short board 1541). Unlike most other clone ROMs, the code has not been obfuscated, but it has been improved and extended:

To fit the new features, the two patch areas ($C0xx and $FFxx) are used up completely, and the utility loader and the (relatively useless) “C” (copy) command have been removed. A lot of code was replaced, shuffling around some chunks of the ROM.

This is a quite invasive change to the original binary, in comparison to Commodore’s own 1571: The official 1541 successor adds a lot of features but aims to be as compatible with the 1541 as possible. Its ROM is almost identical to the 1541 ROM, with improvements and new features added in the form of minimal JMP instructions into an additional 16 KB ROM. This way, practically all existing software, even code that calls directly into undocumented ROM locations – even now dead code, will continue to work. The Technica, on the other hand, might have trouble with some software. A quick test showed that GEOS works, for example3. 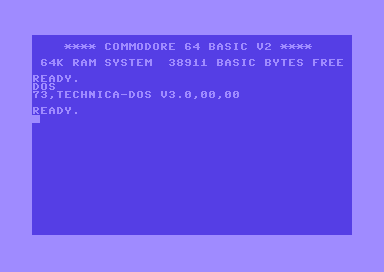 The last two pages describe the new DOS features. The manual seems to be for a later version of the ROM, because some of the features described there are not supported by this binary (V+/V- to enable/disable write verify, L/F: lock/unlock a file, H/A: hide/unhide a file), but it describes the syntax of formatting a disk with more than 35 tracks:

The manual states that 41 track disks are compatible with “TurboTrans” and “TurboDOS”.

Thanks to @dec_hl for providing the photos and the ROM image.

2 thoughts on “Third Party Disk Drives for the C64: The “Technica””